Forum Index » Sharing & Voicing  » Sharing Portal  » The Food SectionCochineal, What is it?
Forum Menu - Click/Swipe to open
Show Forum Menu
Recent Posts
Tableehi jamaat explained
2 hours ago by akbar703
Modi was “directly responsible” for the Gujarat pogrom of 2002
7 hours ago by akbar703
The most concise Article on Tablighi Jamaat Split for general muslims
12 hours ago by Imam Ali
The changing narrative of the Palestinian people as truth comes out
17 hours ago by ummi taalib
London tablighi Jamaat
20 hours ago by akbar703
Acheta Domesticus
27/01/2023 by abu mohammed
Pfizer Exposed For Exploring "Mutating" COVID-19 Virus For New Vaccines
27/01/2023 by abu mohammed
UK is facing a shortage of full-time imams?
27/01/2023 by abu mohammed
Darul Ilm Birmingham Presents - The Hanafi Madhab
27/01/2023 by Darulilm2018
The Rights Of The Disabled
27/01/2023 by Darulilm2018
Recent Popular Topics
Pinned Posts
5 things for us to do on Laylatul Qadr
by hamza81
Taraweeh - Case Closed!
by abu mohammed
Game over covid
by Yasin
Re: Think-19 - memes and quotes
by abu mohammed
Calling out AlBalagh Academy webinar statements
by public.services
Are The COVID-19 Vaccines Harmful?
by Asaaghir
WifaqulUlamaa's Halal ruling of aborted fetal cells and HEK293
by public.services
RMA PSHE and Citizenship Curriculum Map
by Yasin
Re: Saudi Government warns against the Tablighi Jamaat
by Honest servant
Parents Shaming Children & Favoritism
by sheikhonderun
Forum Menu
Search Forums Memberlist
▼
Statistical Pages
» Recent Replies » Most Appreciated » Popular Threads » Polls / Surveys » Top Rated Posts » Worst Rated Posts

Cochineal, What is it?

You have contributed 10.0% of this topic

This ingredient is found in so many foods, especially sweets. This is HARAM, but it makes you wonder why they use such ingredients. Its basically a colour! The cochineal (/kɒtʃɨˈniːl/ koch-i-neel or /ˈkɒtʃɨniːl/ koch-i-neel; Dactylopius coccus) is a scale insect in the suborderSternorrhyncha, from which the crimson-coloured natural dye carmine is derived. A primarily sessile parasite native to tropical and subtropical South America and Mexico, this insect lives on cacti in the genus Opuntia, feeding on plant moisture and nutrients.

The insect produces carminic acid that deters predation by other insects. Carminic acid, typically 17–24% of dried insects' weight, can be extracted from the body and eggs, then mixed with aluminium or calcium salts to make carmine dye, also known as cochineal.[1] Carmine is today primarily used as a food colouring and for cosmetics, especially as a lipstick colouring.

The carmine dye was used in Central America in the 15th century for colouring fabrics and became an important exportgood during the colonial period. After synthetic pigments and dyes such as alizarin were invented in the late 19th century, natural-dye production gradually diminished. Health fears over artificial food additives, however, have renewed the popularity of cochineal dyes, and the increased demand has made cultivation of the insect profitable again,[2] withPeru being the largest exporter. In Mexico, some towns in the state of Oaxaca are still working in handmade textiles.[3]

Other species in the genus Dactylopius can be used to produce cochineal extract, but they are extremely difficult to distinguish from D. coccus, even for expert taxonomists, and the latter scientific name (and the vernacular "cochineal insect") is therefore commonly used when one is actually referring to other biological species. The primary biological distinctions between species are minor differences in host plant preferences, in addition to very different geographic distributions.

NOTE: Some of the Tic Tacs are Halal, so you will have to check the ingredients first.

report post quote code quick quote reply
+3 -0Informative x 3
back to top
Actions are judged by intentions, so each man will have what he intended.
ابو محمد

#2 [Permalink] Posted on 7th August 2014 16:51
reply
As-salam-u-'Alaykum, didn't read all of it, but is it E120?
report post quote code quick quote reply
No post ratings
back to top
View Profile Block User

Unfortunately today, the manufacturer has removed some of the E numbers and replaced them with the actual wording, like mentos have and people are pulled into and eat it. 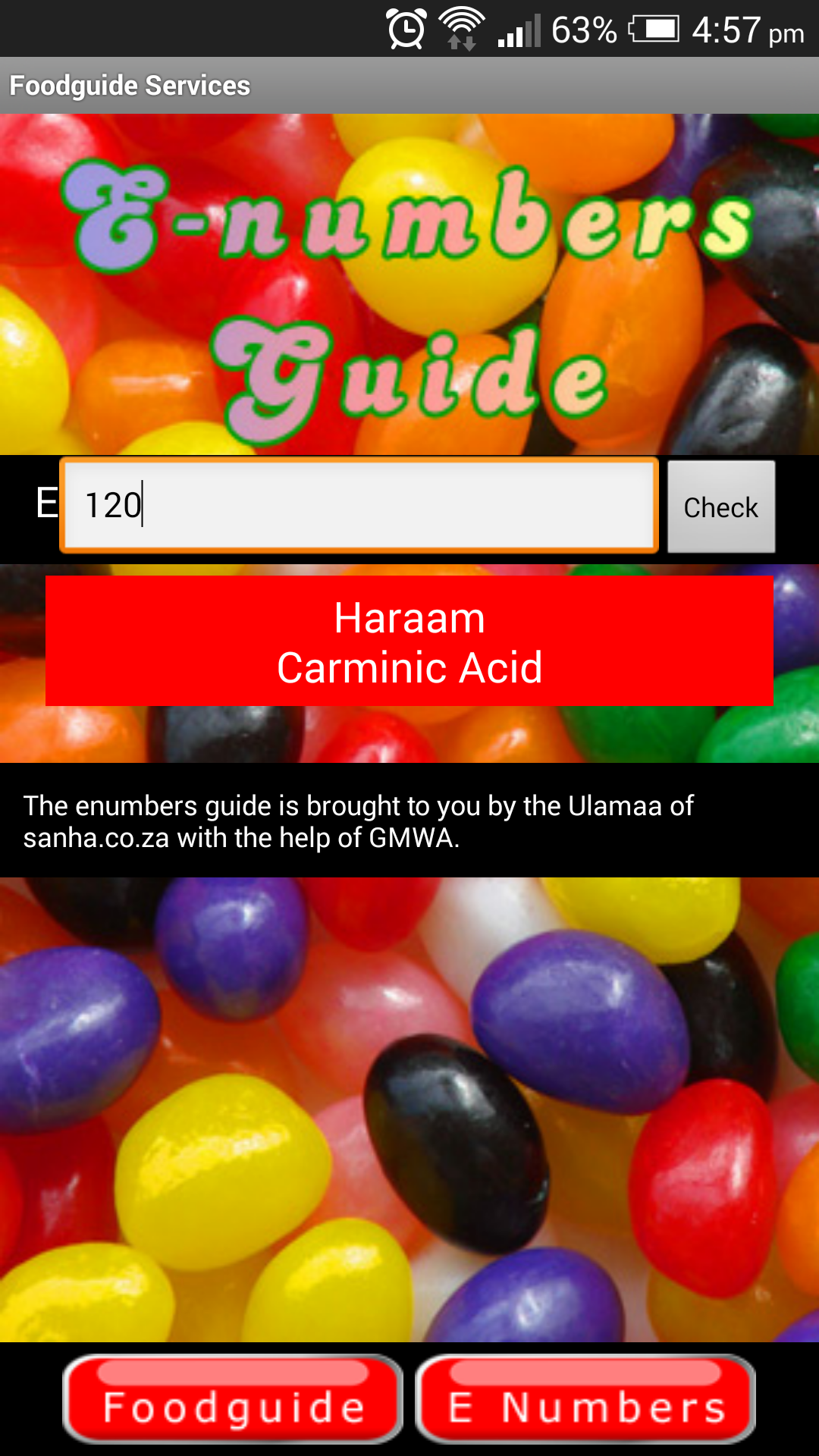 Downloads: 200
[1184.56 kB] E120 from Muftisays app
report post quote code quick quote reply
No post ratings
back to top
Actions are judged by intentions, so each man will have what he intended.
ابو محمد
View Profile Block User

EATING FOODS WITH DYE MADE FROM INSECTS IN THE MALIKI SCHOOL

Is it permissible to consume food that contains carmine (e120) in the Malaki madhab? Carmine is a crimson pigment derived from the pulverized bodies of cochineal insects. It is used for coloring.

Answer: Eating insects according to the Maliki school is permissible but that is with a condition. The condition is that the insects were killed with an intention of making them fit for consumptions (dhakat), much like the slaughtering of a sheep or cow. [Khalil, Al-Mukhtasar]

Based on my understanding of the current production methods, it would not be permissible to consume foods with the Carmine according to the Maliki madhab.

And Allah knows best.
malikifiqhqa.com/2013/09/17/eating-foods-with-dye-made-fr...
report post quote code quick quote reply
+2 -0Informative x 2
back to top
Actions are judged by intentions, so each man will have what he intended.
ابو محمد
View Profile Block User

report post quote code quick quote reply
+2 -0Like x 1Informative x 1
back to top
Actions are judged by intentions, so each man will have what he intended.
ابو محمد
View Profile Block User

Agree, but not every pack will be the same.

Last month I bought some M&M's and ate them because they were halal. Then on Saturday, I was asked by someone who wanted to buy more, so they sent me a picture and asked if it was Halal. I had to give them the bad news of Haram because this pack contained Carmine (from the same shop)
report post quote code quick quote reply
No post ratings
back to top
Actions are judged by intentions, so each man will have what he intended.
ابو محمد
View Profile Block User 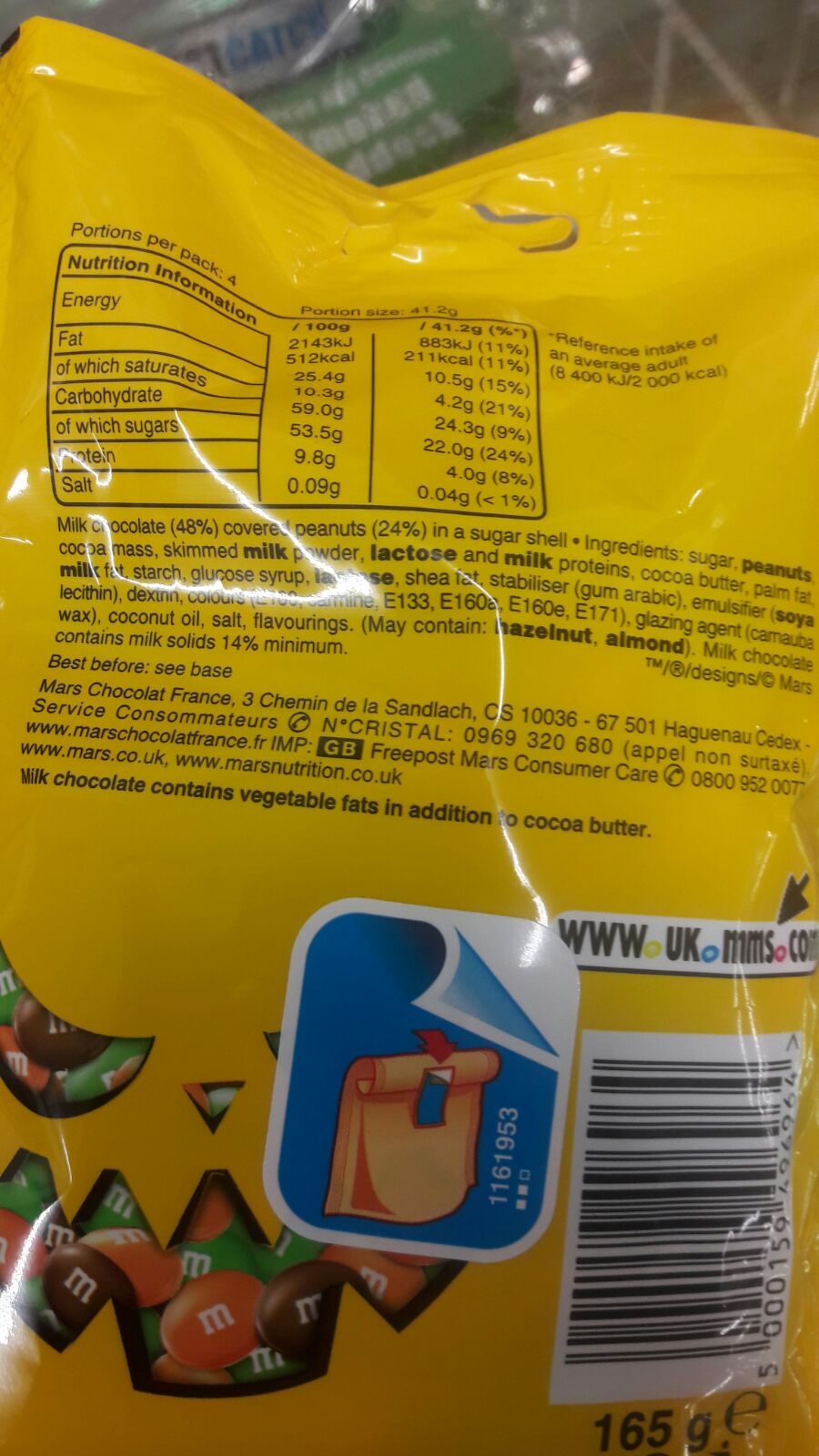 The flash covers the text but it can be read.

We did discuss before, the size of the packs as the smaller packs could come from abroad etc, but the packs I bought recently were HALAL and the same size as those in the image.

Downloads: 776
[180.08 kB]
report post quote code quick quote reply
No post ratings
back to top
Actions are judged by intentions, so each man will have what he intended.
ابو محمد
View Profile Block User

This version of Skittles is HARAM - Therefore, one needs to check everytime if they are buying/eating the Halal sweet or the Haram sweet. 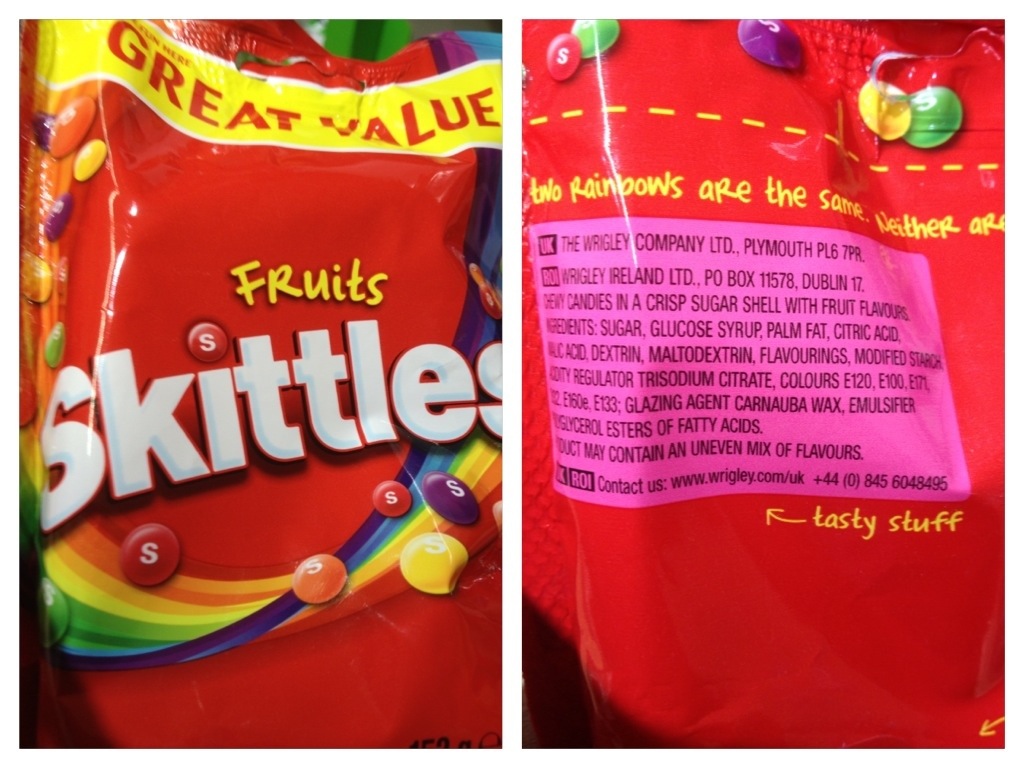 The position of our scholars here in the Cape, and consequently that of the Muslim Judicial Council is that cochineal is not Halal and that consumers should refrain from it, and Allah knows best.

If this ingredient is as we found out extracted from cochineal beetle, which is dried before being ground, then it is unlawful to consume it because it is unlawful to eat insects according to the majority of scholars for they are abhorrent and the normal person is disgusted with them.

Post New Topic Reply
Related Threads
Desiring & Getting what we want doesn’t guarantee Benefit| Umar Palanpuri
Rishi Sunak on Lockdown and what we weren't told
COVID UPDATE April 2022: What is the truth?
What is the rewards of pregnancy in the light of Quran?
What is the Difference between Deen and Religion?
You are here: Forum Index » Sharing & Voicing  » Sharing Portal  » The Food SectionCochineal, What is it?
###
Award Rep
Award reps to ... for this post