You have contributed 6.7% of this topic

Book mentioned in quote is not available online, I think. Right?

I want book like this one on sunnah which I could read online. Please help. Jazakumullah.

Another thing I would *highly* recommend for you (and others) is to listen to these Shama'il Al-Tirmidhi audio duroos by Mufti Abdur Rahman ibn Yusuf. I've listened to the whole series (took a couple of months), and wallaahi it was one of the most enlightening things I have ever had the pleasure of listening to/reading about the sunnah. It will increase your love for the Messenger

May Allah make us listen to these with Ikhlas.


One of the must have books for all..


Jazaaka-llaahu khayran. I couldn't find it online (I doubt it's available yet), but for those who are also in the USA, it can be purchased here. I have bought from them before; they are reliable and have good customer service.

By the way, it's quite strange that a very similar thread was posted on SF almost exactly four years ago with similar suggestions.

#8 [Permalink] Posted on 16th March 2014 15:08
reply
Assalamualykum wrwb,
Regarding the book The Sublime Conduct Of Nabi SAW . is this a transliteration of Urdu book to English if yes please let me know the book name and also where can I find it, as I am unable to get the book.
Also the English version , where can I find it in India.
report post quote code quick quote reply
back to top
View Profile Block User


It seems that this is the original book in Urdu:

I don't know how to obtain the English translation in India. However, a brother in this thread on SF said that it is actually incomplete, compared to the original in Urdu.
report post quote code quick quote reply
back to top
samah
View Profile Block User


I don't get it properly. would it be wrong to say it's sunnah to part the hair in the middle?

Also see this: ''When combing the hair start from the right hand side. (Bukhari- pg. 61)''

If it parted naturally, then he

would leave it. He did not intentionally part it. To call it a Sunnah to part from the middle would be incorrect. Allahu alum.


The prophet started every thing (almost) from the right hand side and that was his Sunnah. i.e. he would place the comb on the right side first and then gradually comb the rest of his head.
report post quote code quick quote reply
back to top
Actions are judged by intentions, so each man will have what he intended.
ابو محمد
View Profile Block User


The Jews of Madinah would not part their hair in the middle. When he had not received any explicit directive regarding any matter, Nabi

preferred to follow the practice of the Jews as they had received a divine book, which was not the case with the idolaters of Makkah. Later on, Nabi

hair, she would commence from the centre of the head and she would divide the forelock equally to the right and left sides- Sunan Abu Dawud, Vol 2, page 224

Taken from the book 'the sublime conduct of Nabi

It was not clear because it's written there: "Occasionally he used to part his hair in the middle with a comb etc."
pg. 13 .
report post quote code quick quote reply
back to top
Maria al-Qibtiyya
View Profile Block User 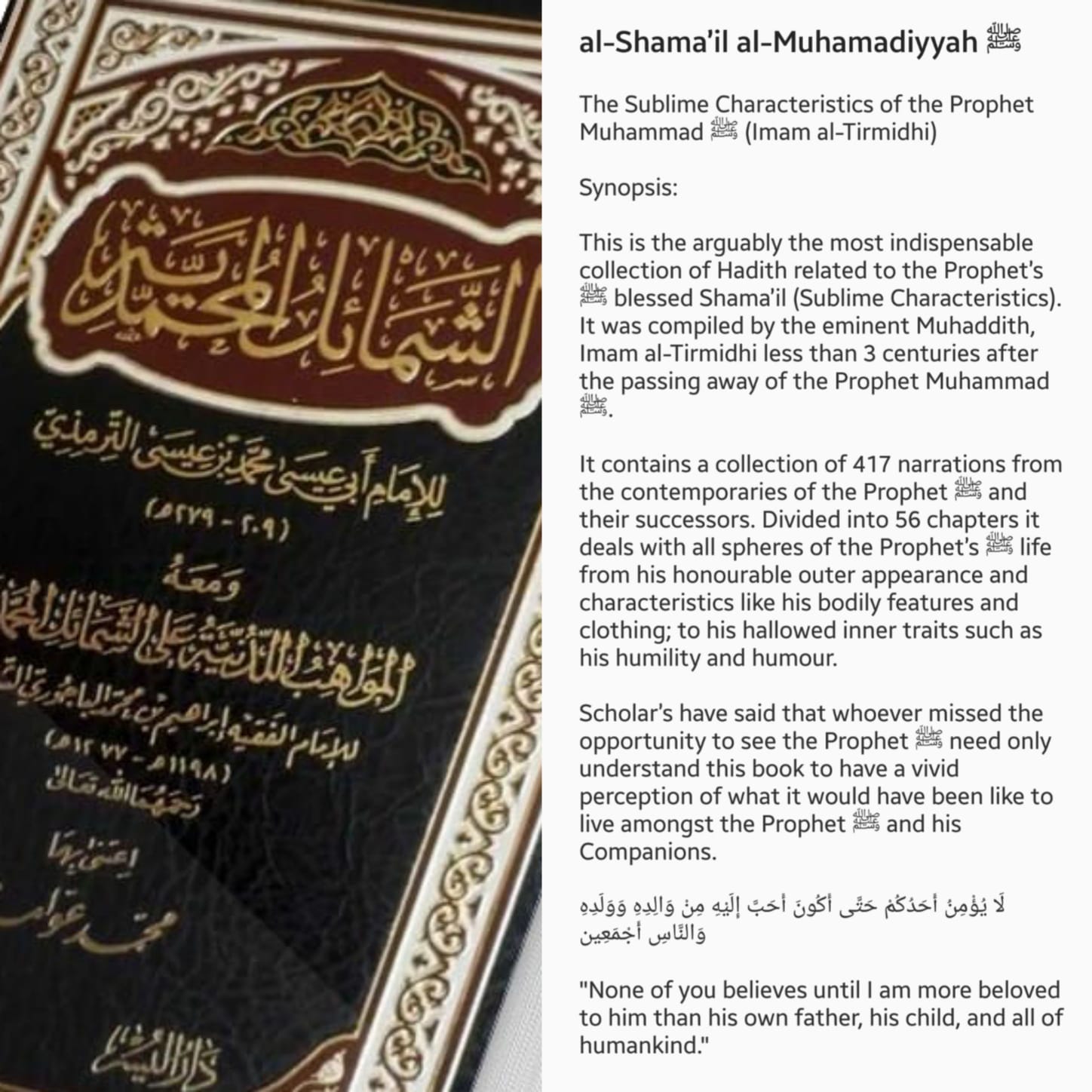 Post New Topic Reply
Related Threads
Friday reminder sunnah list
Patience and Perseverance According to the Qur'an and Sunnah
Sha‘bān and the 15th Night from Qur’aan and Sunnah
Sunnah of Smiling
The Miracle is in the Sunnah
You are here: Forum Index » Sharing & Voicing  » Sharing Portal  » BooksBook of sunnah?
###
Award Rep
Award reps to ... for this post