Forum Index » Private  » Private Groups  » Members Research GroupTawaf and Makruh Times
Forum Menu - Click/Swipe to open
Show Forum Menu
Recent Posts
Hijacked Rainbow
3 hours ago by Abdur Rahman ibn Awf
Before your child is injected
6 hours ago by abu mohammed
Taliban 2.0
7 hours ago by abu mohammed
The changing narrative of the Palestinian people as truth comes out
8 hours ago by ummi taalib
Data doesn't lie - Google Trends and Covid Vaccines
8 hours ago by Yasin
Do you feel that your Dua's are not being accepted? Then read this!
11 hours ago by Abdur Rahman ibn Awf
Excellence and uniqueness
11 hours ago by akay
Makkah News and Updates
14 hours ago by abu mohammed
An email from someone seeking help from Ulamaa
Yesterday by Yasin
Dhū al-Ḥijjah 1443
Yesterday by abu mohammed
Recent Popular Topics
Pinned Posts
5 things for us to do on Laylatul Qadr
by hamza81
Taraweeh - Case Closed!
by abu mohammed
Game over covid
by Yasin
Re: Think-19 - memes and quotes
by abu mohammed
Calling out AlBalagh Academy webinar statements
by public.services
Are The COVID-19 Vaccines Harmful?
by Asaaghir
WifaqulUlamaa's Halal ruling of aborted fetal cells and HEK293
by public.services
RMA PSHE and Citizenship Curriculum Map
by Yasin
Re: Saudi Government warns against the Tablighi Jamaat
by Honest servant
Parents Shaming Children & Favoritism
by sheikhonderun
Forum Menu
Search Forums Memberlist
▼
Statistical Pages
» Recent Replies » Most Appreciated » Popular Threads » Polls / Surveys » Top Rated Posts » Worst Rated Posts

I found the footnote interesting and therefore have asked for clarification. In the mean time here are some other verdicts on the issue

Quote:
Tawaf after Asr is not only allowed, it is more virtuous because of the Barkat of the time after Fajr and after Asr. However, Tahiyyatut-tawaf should be delayed until after sunset or sunrise.[/quote]

However if it is the makrūh times of salah, for example sunrise, midday and sunset, then the two rakāts wājib salāh aftertawāf should be delayed until after the makrūh times.(ibid.)

However, preference will be given to performing the wājib salāh immediately after the maghrib salāh as that is sunnah.

In principle, a sunnat will be preferred over a Mustahab act. (ibid)

Downloads: 259
[123.28 kB]
report post quote code quick quote reply
+2 -0Informative x 2
back to top
Actions are judged by intentions, so each man will have what he intended.
ابو محمد
View Profile Block User 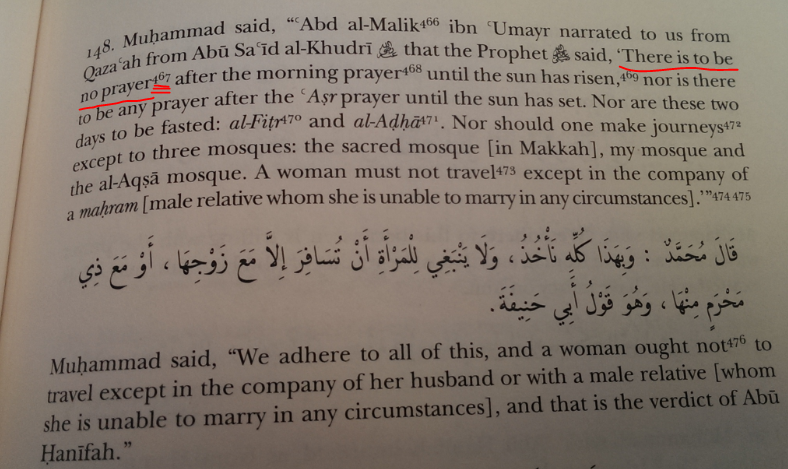 Downloads: 190
[129.04 kB]
report post quote code quick quote reply
+1 -0Like x 1
back to top
Actions are judged by intentions, so each man will have what he intended.
ابو محمد
View Profile Block User

#4 [Permalink] Posted on 6th November 2014 10:47
I have removed the comments and footnote from the other thread as it seems to be an error, however still awaiting further clarification.

I have been told by a prominent scholar, one who was also involved in the publication that THE FOOTNOTE IS VERY STRANGE! InshaAllah this will be looked into further. It could be a mistake! Just waiting to find out who wrote the footnote and why, but I doubt we'll get to the bottom of "who and why"
report post quote code quick quote reply
No post ratings
back to top
Actions are judged by intentions, so each man will have what he intended.
ابو محمد