Forum Index » Literature  » Articles :: Stories :: More  » News ArticlesFirst UK Masjid to accept Bitcoin
Forum Menu - Click/Swipe to open
Show Forum Menu
Recent Posts
Hijacked Rainbow
2 hours ago by Abdur Rahman ibn Awf
Before your child is injected
5 hours ago by abu mohammed
Taliban 2.0
6 hours ago by abu mohammed
The changing narrative of the Palestinian people as truth comes out
7 hours ago by ummi taalib
Data doesn't lie - Google Trends and Covid Vaccines
8 hours ago by Yasin
Do you feel that your Dua's are not being accepted? Then read this!
10 hours ago by Abdur Rahman ibn Awf
Excellence and uniqueness
11 hours ago by akay
Makkah News and Updates
13 hours ago by abu mohammed
An email from someone seeking help from Ulamaa
Yesterday by Yasin
Dhū al-Ḥijjah 1443
Yesterday by abu mohammed
Recent Popular Topics
Pinned Posts
5 things for us to do on Laylatul Qadr
by hamza81
Taraweeh - Case Closed!
by abu mohammed
Game over covid
by Yasin
Re: Think-19 - memes and quotes
by abu mohammed
Calling out AlBalagh Academy webinar statements
by public.services
Are The COVID-19 Vaccines Harmful?
by Asaaghir
WifaqulUlamaa's Halal ruling of aborted fetal cells and HEK293
by public.services
RMA PSHE and Citizenship Curriculum Map
by Yasin
Re: Saudi Government warns against the Tablighi Jamaat
by Honest servant
Parents Shaming Children & Favoritism
by sheikhonderun
Forum Menu
Search Forums Memberlist
▼
Statistical Pages
» Recent Replies » Most Appreciated » Popular Threads » Polls / Surveys » Top Rated Posts » Worst Rated Posts

Bitcoin can be halal, mosque declares as it becomes the first in the UK to accept cryptocurrency donations 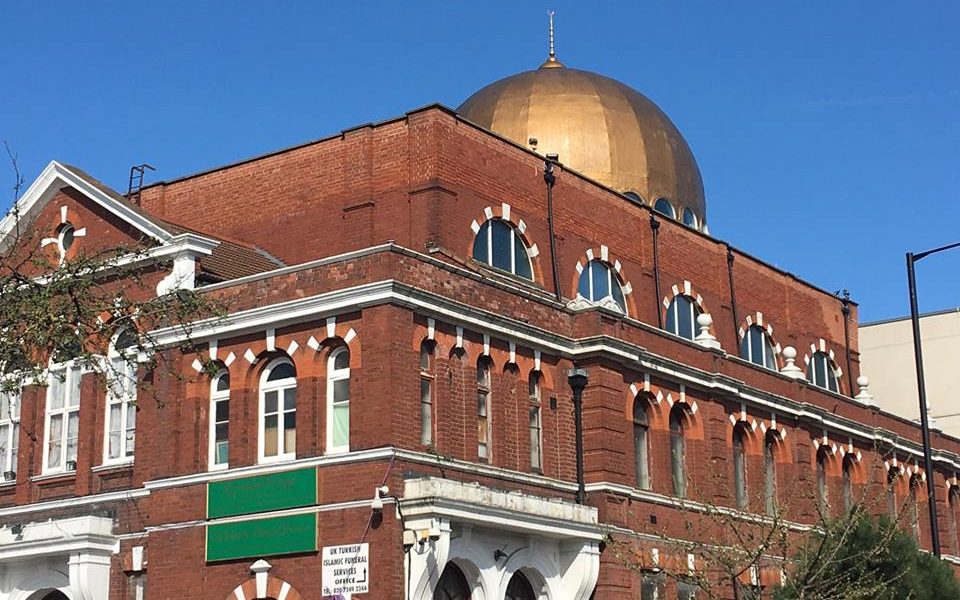 Bitcoin is acceptable in the eyes of Allah, a mosque has declared, as it becomes the first in the UK to accept cryptocurrency donations.

Religious advisers at the Masjid Ramadan in Dalston, east London, have said the currency is halal if it is "transacted in a lawful manner".

There has been significant debate about cryptocurrency in the Muslim world, with figures including the Mufti of Egypt suggesting it is haram, or forbidden, because it is used by some for illegal activity.

Because of its anonymous nature bitcoin has become associated with buying drugs and other unlawful items online.

But the mosque has declared that Muslims can use it for their Ramadan donation, known as zakat.

Muslims are meant to give away 2.5 per cent of their wealth to charity during Ramadan, an annual donation which is compulsory for all but the poorest Muslims.

It has received advice from Shoreditch startup Combo Innovation, a blockchain company which focuses on Islamic finance.

The money is used to carry out repairs at the mosque, offer help to families who are struggling to pay funeral costs and shelter and feed the poor.

Zayd al Khair, a religious adviser at the mosque, said: "Any money or currency is neither halal – permissible – nor haram – impermissible.

"Guidance is about the value which it represents.  If money is transacted in a lawful manner then it is halal.

"We do not always know the source of cash donations, but we take these in good faith too."

report post quote code quick quote reply
+2 -0Like x 1Informative x 1
back to top
Actions are judged by intentions, so each man will have what he intended.
ابو محمد
View Profile Block User

report post quote code quick quote reply
+0 -0Agree x 1
back to top
Actions are judged by intentions, so each man will have what he intended.
ابو محمد
View Profile Block User

Unspecified
7,126
Sister
830
#3 [Permalink] Posted on 23rd May 2018 18:49
That’s very silly. It might be lawful but not sensible. It fulfills the basic requirements of zakat. We don’t need to as we already have so many better options where we can give our zakat.
report post quote code quick quote reply
No post ratings
back to top
ربي زدني علما
(My Lord! Increase me in Knowledge)
View Profile Block User


is it any worse than our current interest based currency?
report post quote code quick quote reply
No post ratings
back to top
xs11ax
View Profile Block User


Yes, because pounds, dollars etc are permissible to use in Islam. There is nothing wrong or doubtful about the currencies, it's our earning or usage that can be haram or halal.

Whereas bitcoin, is it regarded as money according to the Shariah? That is debatable. Therefore, forget how it is earned or used, the currency in of itself raises eyebrows.


Pounds and Dollars etc are merely tokens that are used as currency. In the past these tokens represented tangible goods, which in modern times used to be gold. But for quite some time this is no longer the case. Today's currency no longer represents gold or any other tangible goods. Today's currency is no longer backed by anything of value. Today's currency only has value as banks and governments say it has value and society accepts it as so. Theoretically banks and governments could print infinite amounts of money. This money is generated through interest so each time money is printed and enters circulation, interest needs to be paid on this money. So this money cannot exist without interest. This is one reason that stops banks and governments from printing infinite amounts of money. This money is very easily manipulated and IS manipulated. WITHOUT INTEREST THIS FORM OF MONEY CANNOT EXIST. This money is very doubtful, if not haram. This money is not the same as the money in the past that was based on a gold standard or was backed by some other tangible goods.

Bitcoin is the same in the sense that it is not backed up by any tangible goods. The only difference that i can see is that bitcoin is not generated through interest based banking. If people traded bitcoin using tokens in the same way as Pounds and Dollars then where is the difference? In fact many transactions that take place with today's fiat currency is also carried without the presence of Pounds and Dollars. What do you think debit cards, credit cards, paypal, bank transfers are?

Mashallah, brother. You are very well read on the topic.
report post quote code quick quote reply
+1 -0Like x 1
back to top
abuzayd2k