You have contributed 33.3% of this topic

London buses will carry adverts praising Allah as part of a drive by Britain’s biggest Muslim charity to help victims of the Syrian civil war during Ramadan.

Islamic Relief said it hoped the posters, which bear the words “Subhan Allah”, meaning “Glory be to God” in Arabic, will portray Islam and international aid in a positive light.

The adverts will be carried in London, Birmingham, Manchester, Leicester and Bradford later this month.

Charity leaders hope it will encourage generous donations during the religious festival, which is expected to begin on June 6.

Organisers added they hoped the campaign will help young Muslims to focus on humanitarian work.

Imran Madden, the UK director of Islamic Relief, said: “In a sense this could be called a climate change campaign because we want to change the negative climate around international aid and around the Muslim community in this country.

"International aid has helped halve the number of people living in extreme poverty in the past 15 years, and British Muslims are an incredibly generous community who give over £100 million to international aid charities in Ramadan.”

The capital is home to about half of Britain's estimated three million Muslims.

Transport for London, which regulates the advertisements appearing on the city’s buses, does not allow posters linked to a “political party or campaign” but does not prevent religious ads.

Former mayor Boris Johnson scrapped adverts by a Christian charity on buses after it was accused of claiming to “cure” gay people. 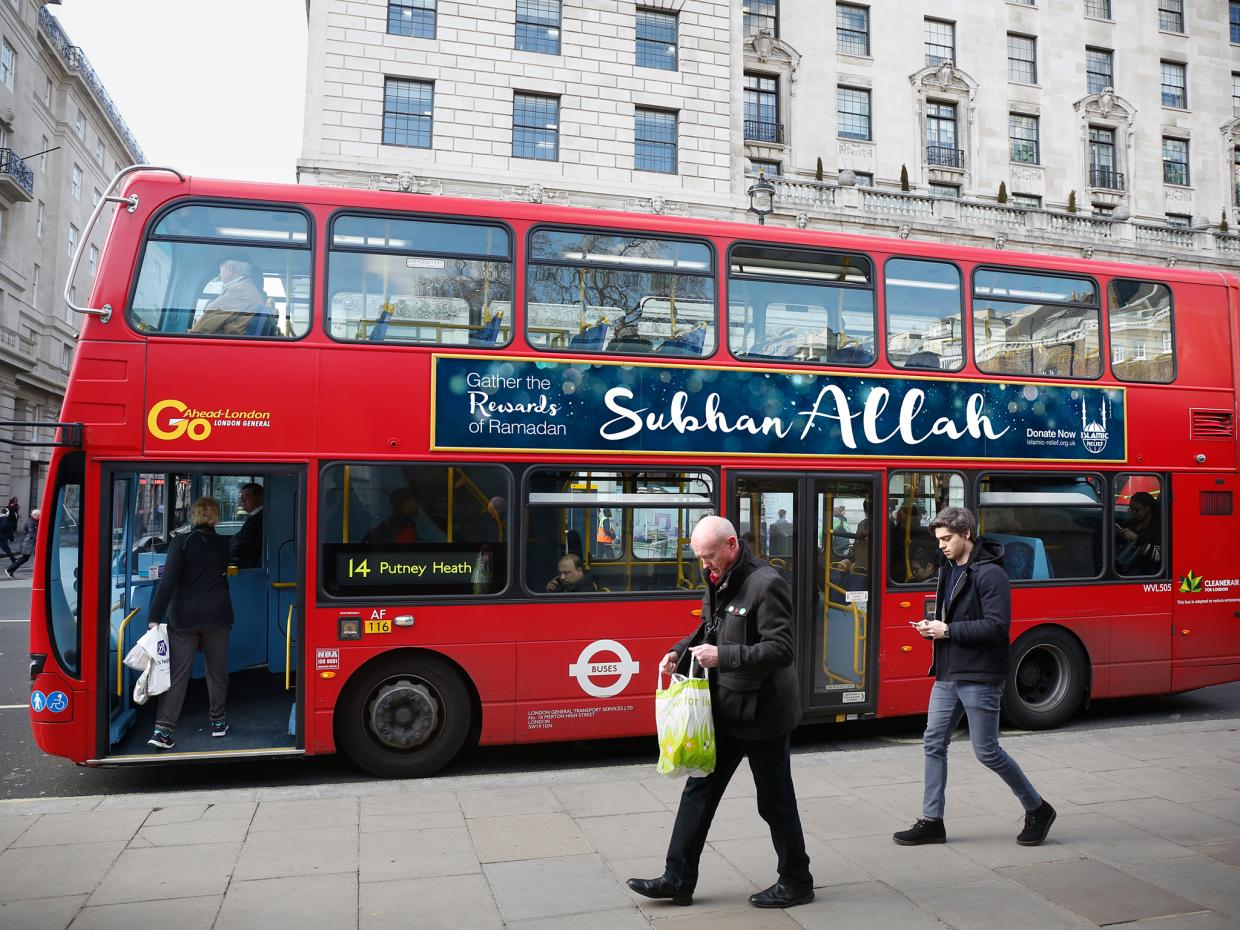 report post quote code quick quote reply
+2 -0Creative x 1
back to top
Actions are judged by intentions, so each man will have what he intended.
ابو محمد

Post New Topic
Related Threads
Book authenticity - Righty Guided Caliph
Muslim call to prayer will be blasted over a US city 5 times per day this month
Turkish Mosque is transported 2½ miles from ancient city
Indian city changes name from Muslim to Hindu to fix 'mistake'
Fadhail A'mal- An investigation into the authenticity of its hadith
You are here: Forum Index » Literature  » Articles :: Stories :: More  » News ArticlesSubhanAllah on City buses
###
Award Rep
Award reps to ... for this post