Dr. Maurice Bucaille "THE BIBLE, THE QURAN AND SCIENCE''

How does the Qur'an approach to science?

Is there a conflict between Islam and science?

What should Muslim attitude be toward science and technology?

Dr. Maurice Bucaille was an eminent French surgeon, scientist, scholar and author of ''THE BIBLE, THE QURAN AND SCIENCE'' which contains the result of his research into the Judeo-Christian Revelation and the Quran. It is a unique contribution in the field of religion and science.

In his book, The Bible, The Qur'an and Science, Bucaille aims to prove the Qur'an is in agreement with scientific facts, while the Bible is not. He shows how Islam, science and religion have always been "twin sisters". According to Bucaille, there are monumental errors of science in the Bible and not a single error in the Quran, whose descriptions of natural phenomena make it compatible with modern science. Bucaille concludes that the Qur'an is the reliable word of God.

Being an outstanding Scientist, he was elected to treat the mummy of Merneptah (Pharaoh) which he did.

During his visit to Saudi Arabia he was shown the verses of the Holy Quran in which Allah says that the dead body of the Pharaoh will be preserved as a ''Sign'' for posterity. An impartial scientist like Dr. Bucaille, who (being also a Christian) was converstant with the Biblical version of Pharaoh's story as being drowned in pursuit of Prophet Moses.

He was pleasantly surprised to learn that unknown to the world till only of late, the Holy Quran made definite prediction about the preservation of the body of that same Pharaoh of Moses time.

This led Dr. Bucaille to study the Holy Quran thoroughly after learning the Arabic language. The final conclusion of his comparative study of Quran and the Bible is that the statements about scientific phenomena in the Holy Quran are perfectly in conformity with the modern sciences whereas the Biblical narrations on the same subjects are scientifically entirely unacceptable.

The Topic: The Quran and Modern Science: Holy Scriptures Examined in the Light of Modern Knowledge "

A talk by Dr. Maurice Bucaille

In this lecture, Dr. Maurice Bucaille clears away many preconceived ideas about the Old Testament, the Gospel and the Quran.

He tries in this collection of Writings to separate what belongs to Revelation from what is the product of error or human interpretation. His study sheds new light on the Holy Scriptures. At the end of the gripping account, he places the believer before a point of cardinal importance: the continuity of the revelation emanating from the same God, with modes of expression that differ in the course of time.

The Quran doesn't agree with science, Science agrees with The Quran.

www.muftisays.com/blog/abu+mohammed/198_22-11-2009/quran-...
report post quote code quick quote reply
+1 -0Like x 1
back to top
Actions are judged by intentions, so each man will have what he intended.
ابو محمد
View Profile Block User

www.kalamullah.com/Books/BibleQuranScience.pdf
report post quote code quick quote reply
No post ratings
back to top
Actions are judged by intentions, so each man will have what he intended.
ابو محمد
View Profile Block User 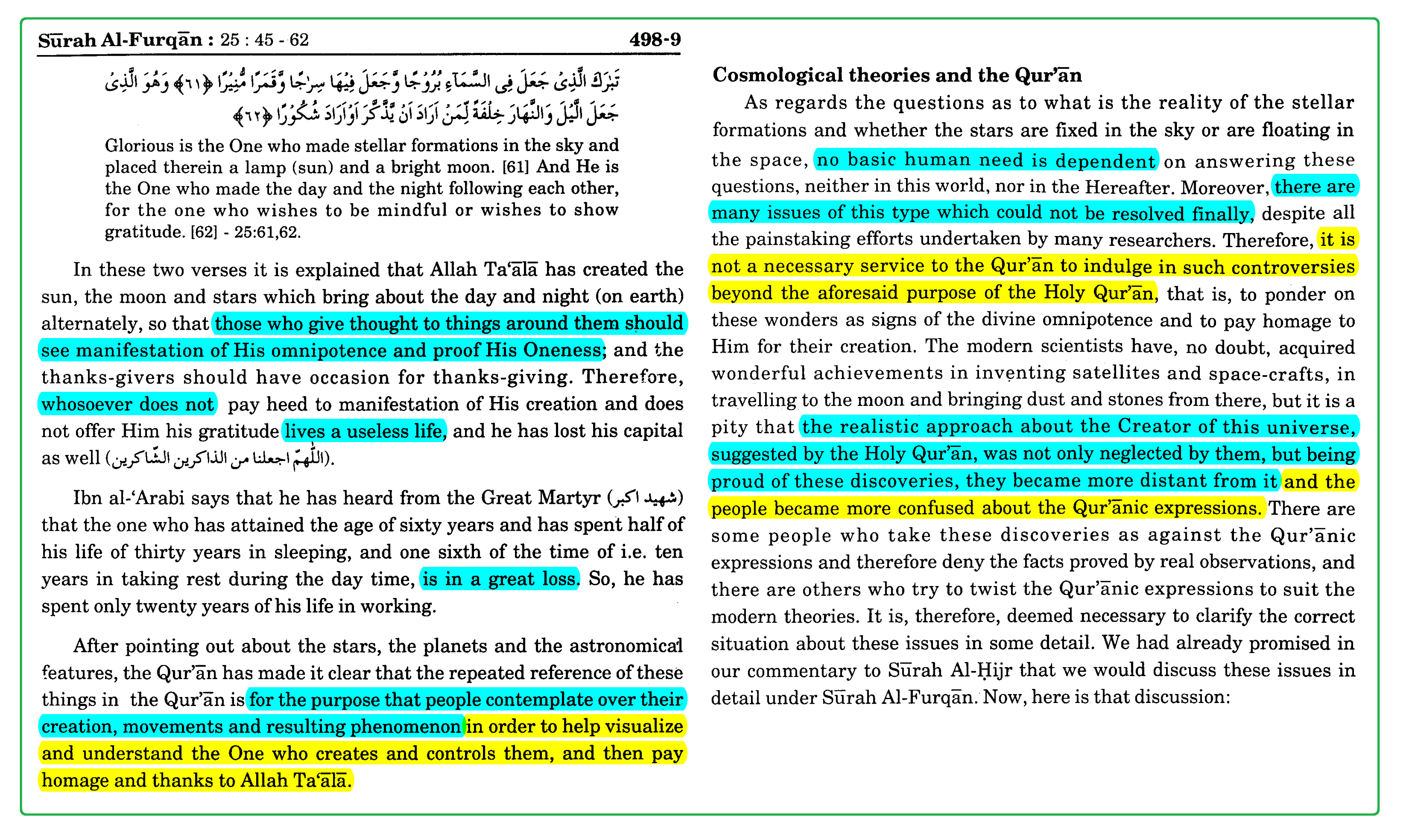 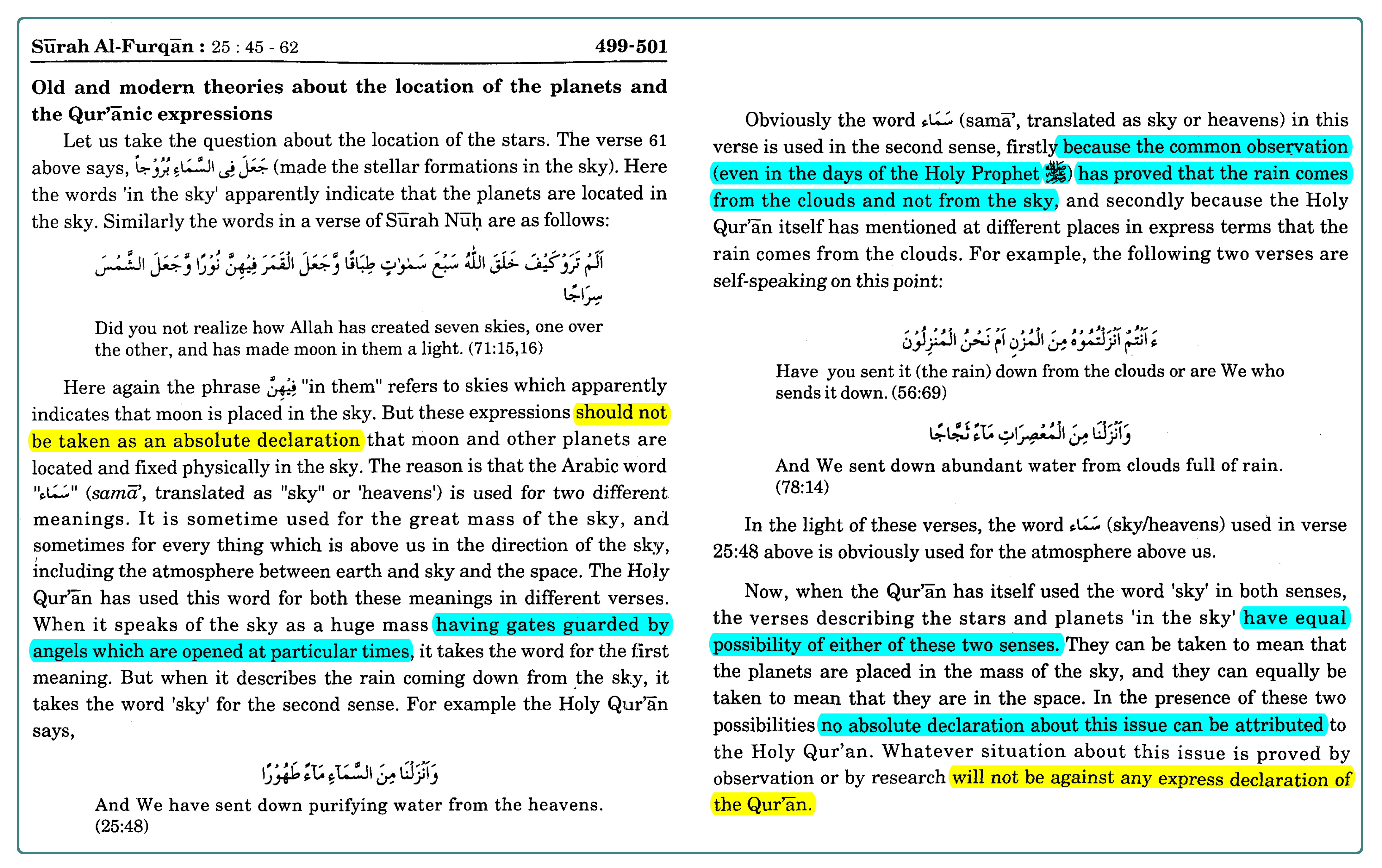 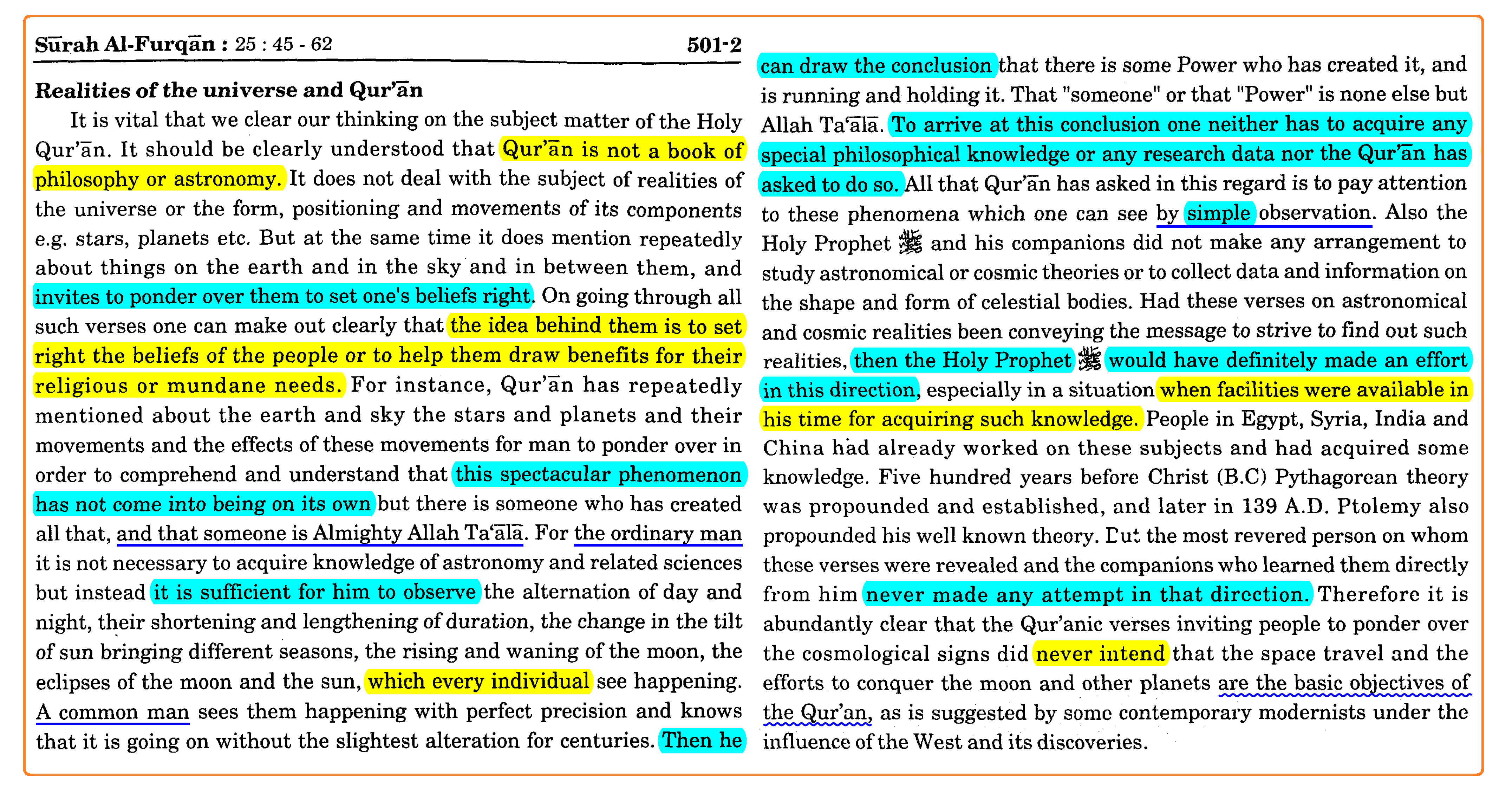 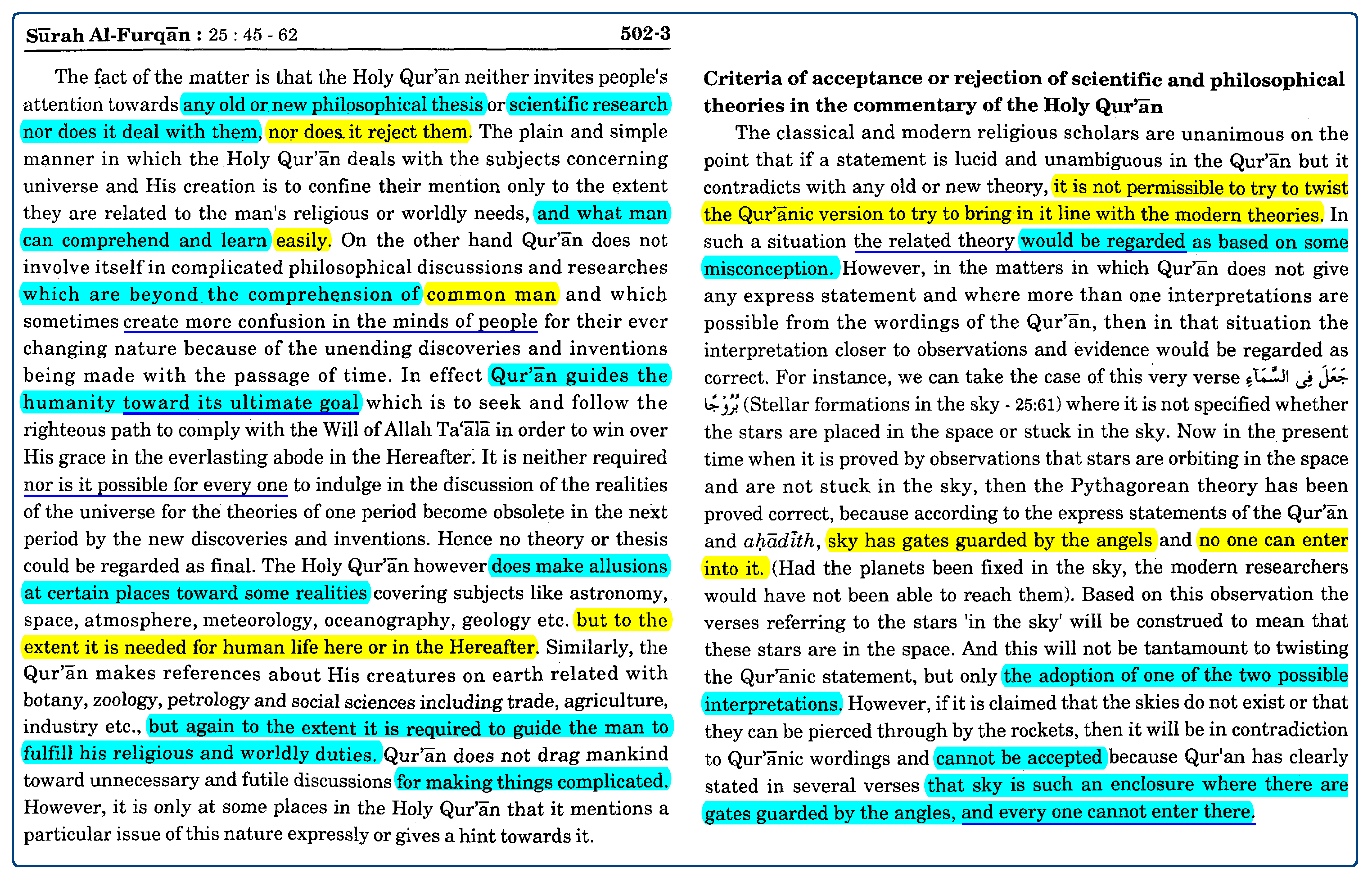 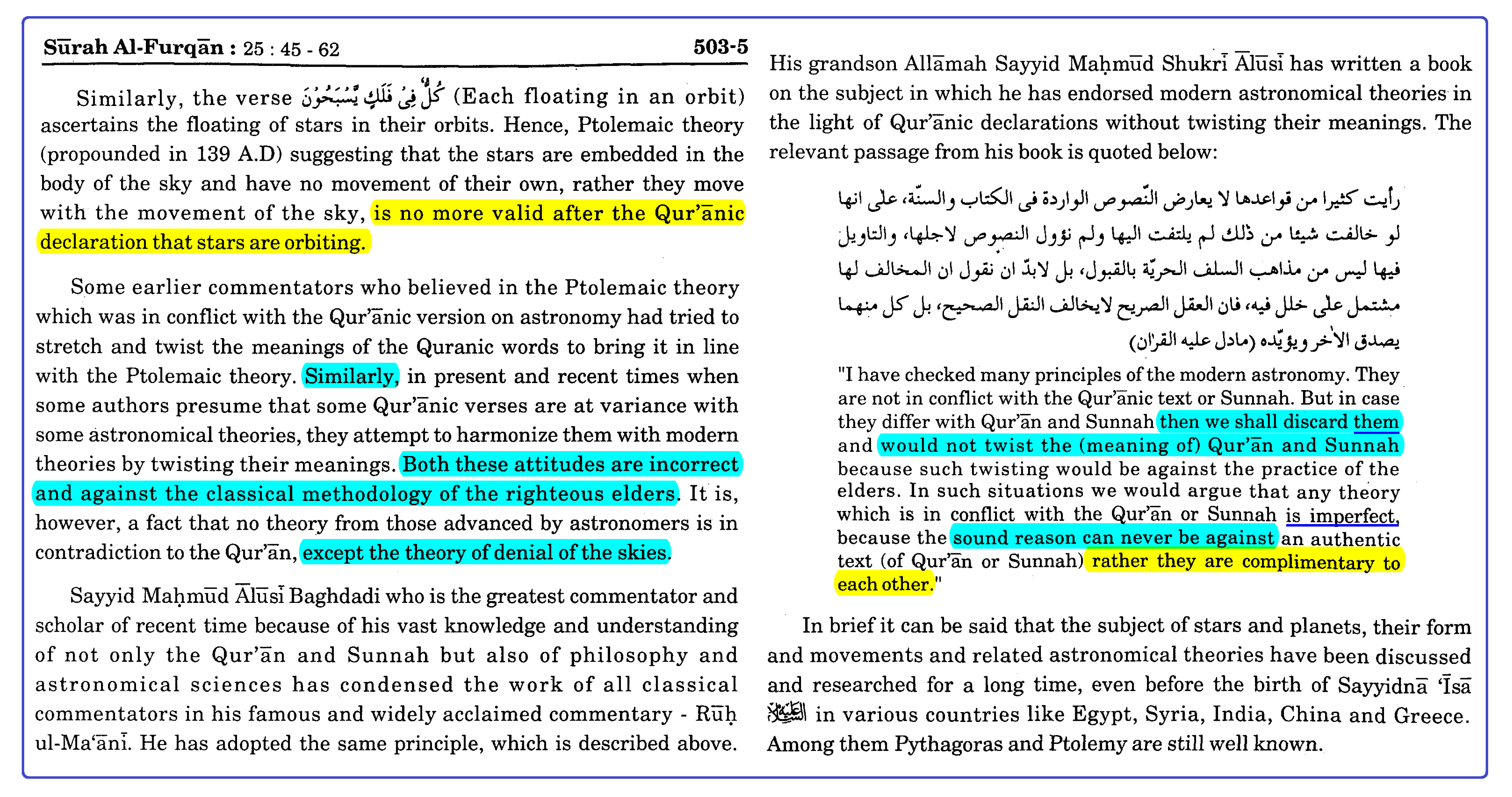 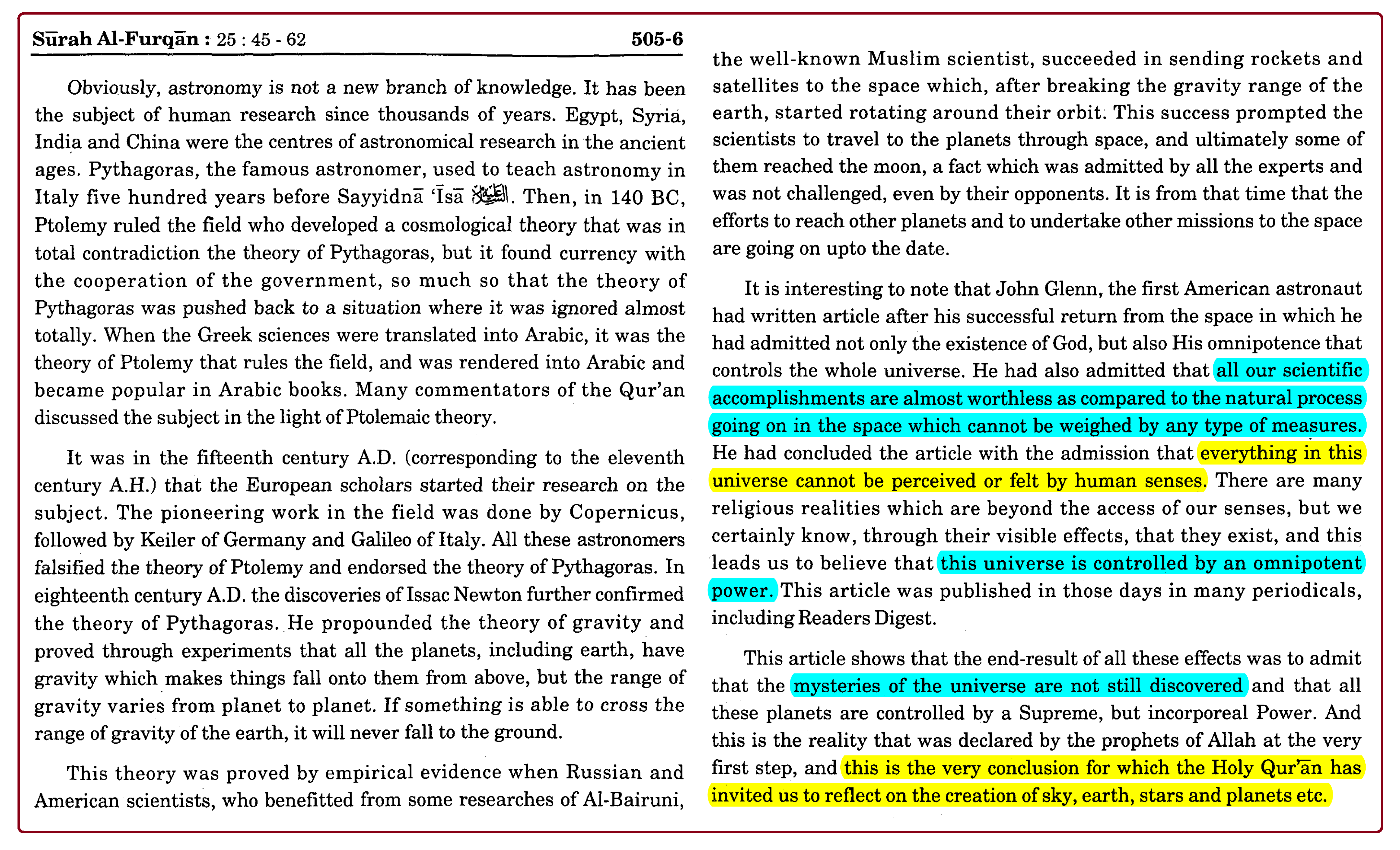 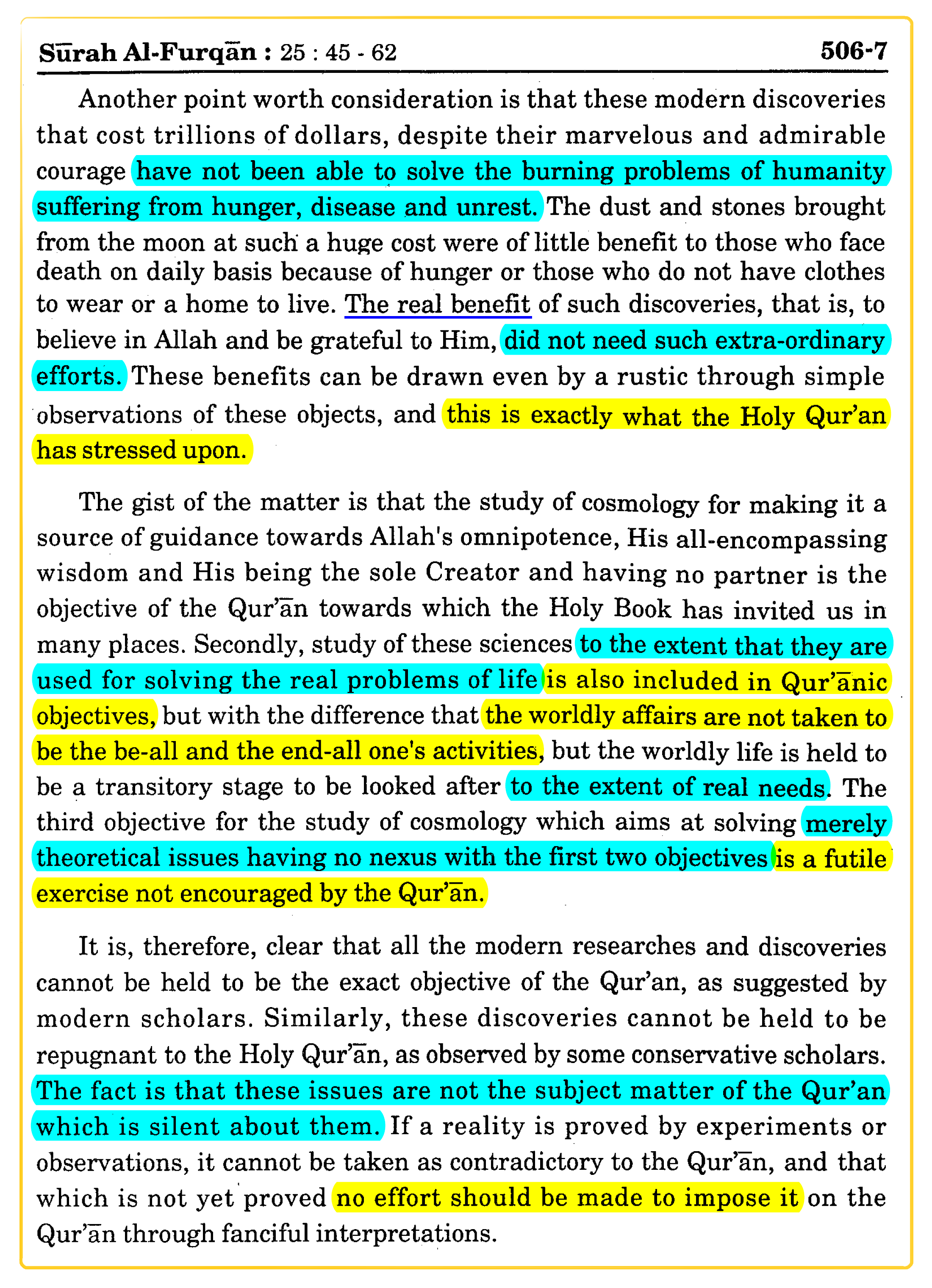