I see a lot of people talk about Mind control, Illuminati etc but in my experience it is drugs which leads a person to hallucinations, suggestions and makes them act in a certain way.

To a sober person, you are reading my words...To a drug addict these words will be like ants and they will protray a differnet meaning to what I am trying to say

While much has been written about the life, work and influence of Aleister Crowley, relatively little attention has been directed to his drug use. This is a little surprising because, not only did he become addicted to heroin, but he incorporated psychoactive substances into his occult work, discussed their psychological effects, commented on drug-related social issues, critiqued contemporary drug legislation, published drug literature, and even translated Charles Baudelaire’s “Poem of Hashish.” This article discusses his thought on drugs and religious experience and suggests that they were, largely because of his addiction, a more important force in his life than has thus far been acknowledged

Author Norman Ohler tells Fresh Air's Terry Gross that Hitler did have a secret, but it wasn't a weapon. Instead, it was a mix of cocaine and opioids that he had become increasingly dependent upon. "Hitler needed those highs to substitute [for] his natural charisma, which ... he had lost in the course of the war," Ohler says.

Ohler's new book, Blitzed, which is based in part on the papers of Hitler's private physician, describes the role of drugs within the Third Reich. He cites three different phases of the Fuhrer's drug use.

Developed by the Temmler pharmaceutical company, based in Berlin, Pervitin was introduced in 1938 and marketed as a magic pill for alertness and an anti-depressive, among other uses. It was briefly even available over the counter. A military doctor, Otto Ranke, experimented with Pervitin on 90 college students and decided, based on his results, that the drug would help Germany win the war. Using Pervitin, the soldiers of the Wehrmacht could stay awake for days at a time and march many more miles without resting.

A so-called “stimulant decree” issued in April 1940 sent more than 35 million tablets of Pervitin and Isophan (a slightly modified version produced by the Knoll pharmaceutical company) of the pills to the front lines, where they fueled the Nazis’ “Blitzkrieg” invasion of France through the Ardennes mountains. It should be noted that Germans were not alone in their use of performance-enhancing drugs during World War II. Allied soldiers were known to use amphetamines (speed) in the form of Benzedrine in order to battle combat fatigue. 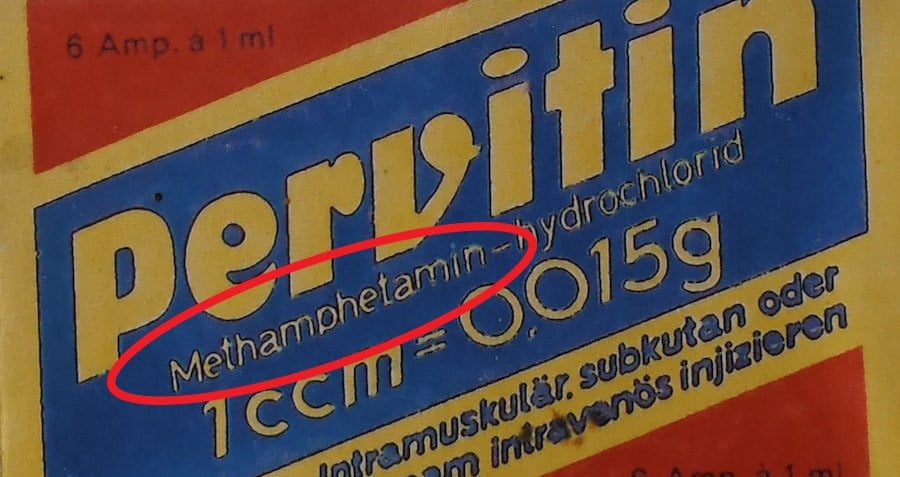 Studiesshow that two thirds of those who take crystal meth excessively suffer frompsychosis after three years. Since Pervitin and crystal meth have the sameactive ingredient, and countless soldiers had been taking it more or lessregularly since the invasion of Poland, the Blitzkriegon France, or the attack on the Soviet Union, we must assume psychoticside-effects, as well as the need to keep increasing the dosage to achieve anoticeable effect.

As it becameobvious the Nazis were going to lose, military efforts became increasinglydesperate, and life was cheaply traded for grasping attempts at victory.Teenage recruits were dosed with amphetamines and shipped to the front; Navypharmacologists tested dangerous mixes of high-grade pharmaceuticals on pilots.At a wine bar in Munich, Ohler meets with a Navy official who tells him how inthe final months of the war, members of the Hitler Youth were loaded intomini-submarines and sent to sea with not much more than packets of cocainechewing gum.

Dominic Streatfeild, author of Cocaine: An Unauthorised Biography, "If there is one person who can be held responsible for the emergence of cocaine as a recreational pharmaceutical, it was Freud."

Dr. Nick testified he gave into all of Elvis’s prescription requests because he wanted to keep Presley from seeking out these drugs “on the street.”

The jury thought Dr. Nick was “acting in the best interests of the patient” (an extremely improbable conclusion, it seems to this doctor) and was acquitted. In 1980, the not-so-good doctor was indicted again for overprescribing to Presley as well as Jerry Lee Lewis, but was acquitted again. Nichopoulos, however, continued to over-prescribe to many other patients and in 1995, the Tennessee Board of Medical Examiners finally and permanently suspended his medical license

Marilyn was an addict, and addiction killed her, intentional or not.

He painted his own famous drink. 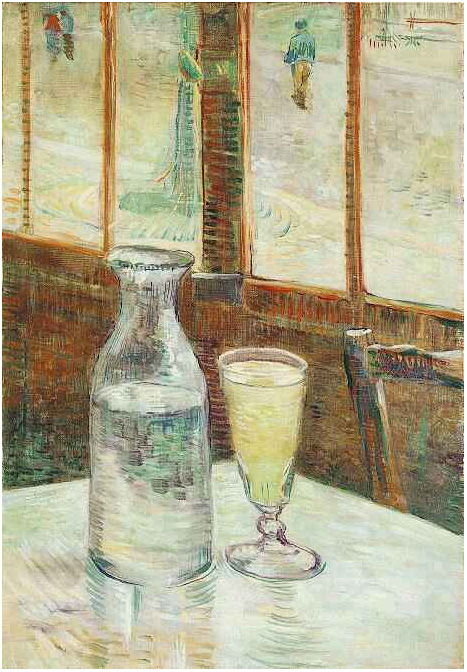 Side effect of digitalis

Vincent van Gogh drank alcohol to excess; more specifically he drank the potent liquor absinthe, also known as “the green fairy,” which was believed to cause delirium and hallucinations. Absinthe was also believed to cause a drinker to see yellow hue around objects, which some say can be seen in paintings such as Starry Night. However, more recent research has shown that the amount of absinthe consumed would need to be quite substantial to reach this effect, so this was probably not the explanation for Van Gogh’s yellows. The drinking of absinthe was quite common amongst the artist crowd of Van Gogh’s time, so his consumption of the beverage was no surprise.

I can keep going forever but you get the picture. For those who don't know much about Shaytaan, Black magic Jinn etc, in my (limited experience) if you have no substance abuse issue and have average self-control you can still live a full and independent life  despite being in the possession of Jinn or having Black magic done on you.

The problem happens due to two reasons:

In both these scenarios, you loose control and you are THEN susceptible to Shaytaanic suggestions.

report post quote code quick quote reply
+1 -0Agree x 2Winner x 1
back to top
There is no Plan B!

I have grown up with quite a few people from a small neighbourhood who have got depressed / turned to drugs (not necessarily in that order) who have either killed themselves, been killed, or died of an overdose.

Some of them had mental problems, some were depressed, some from a broken home. Drugs have always been involved in their lives.

#11 [Permalink] Posted on 29th January 2020 21:46
Forgot to say, Batley has always been reputed to have a lot of sihr activity. And a lot of amils as well. And sometimes it's the amils who are doing the sihr! What a topsy turvy world.
report post quote code quick quote reply
+2 -0Agree x 1Informative x 1Creative x 1Optimistic x 1
back to top
xs11ax
View Profile Block User

I always thought of Batley as being one of those towns/cities to look up to in terms of Islamic environment like Dewsbury and Leicester. Masjid’s on every corner, many can be seen dressed in Islamic attire, Huffaz being churned out regularly. To be fair still looked for instance  the way the maktab/madrasah system is over there.

Two men came from the East and addressed the people who wondered at their eloquent speeches On that Allah's Messenger (ﷺ) said. Some eloquent speech is as effective as magic.'