No problem. Even I had taken it from twitter.
report post quote code quick quote reply
back to top
Rajab
View Profile Block User

Direction of India: Madarasa vs University

One of the biggest agitations in India is at JNU and Aligarh University, if there has been any reaction at any of the Darul-ulooms, I have not seen it.

May Allah Ta'ala save us from this: 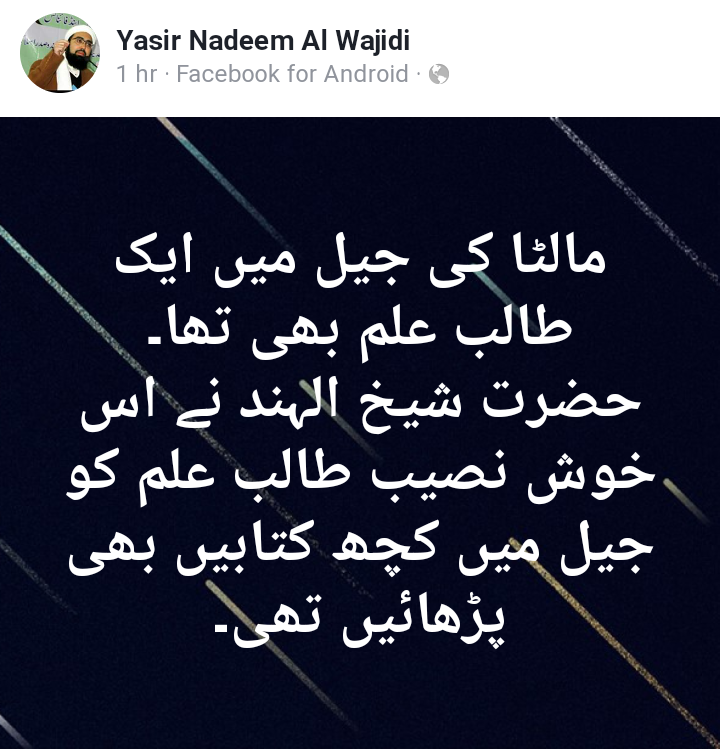 Internet services shut down in Aligarh

Ahead of the Aligarh Muslim University Students Union’s mega protest against the Citizenship Amendment Act, 2019, the district administration has shut down Internet services in the city. Section 144 of the Crpc is already in place.

AMUSU has decided to lead a protest march from the Jama Masjid of AMU to the district magistrate office on Friday after the prayers. This is the first time that AMU students are intending to cross the campus boundaries since the protests against the Bill started last week.

Abhishek, Superintendent of Police (City) Aligarh, said, “Extra units of the Rapid Action Force and the PAC have been deployed. No permission has been given to take out the march as Section 144 is already in place. We would appeal to the students to submit the memorandum to the district officials at the university gate,” he said.

According to Salman Imtiaz, president of the outgoing Students’ Union, “32,000 students of the university are expected to join the peaceful mega march.” “We have also called upon AMU Teachers’ Association, AMU Court members and the non-teaching staff to join the march,” he said.

AMUSU intends to present to the district magistrate a memorandum addressed to the President and the Chief Justice of the Supreme Court. “We will unambiguously state that AMU rejects and will lead the nation in the peaceful struggle against this divisive act,” said Mr Imtiaz.

AMUTA is also expected to submit a memorandum to the district adminstration.

Meanwhile, Shafey Kidwai, AMU spokesperson, said the university administration had taken a strong view of the ongoing protests at Bab-e-Syed, the university gate. “It amounts to contempt of court as the Allahabad High Court had passed an order in May 2019 that banned any protest within 100 metres of the Vice Chancellor’s and Registrar’s office,” he said.

On Thursday, Yogendra Yadav of Swarajaya Abhiyan addressed the students at the university gate.

#39 [Permalink] Posted on 13th December 2019 09:09
Courageous students of Jamia Millia Islamia and Aligarh Muslim University. My prayers are with them. 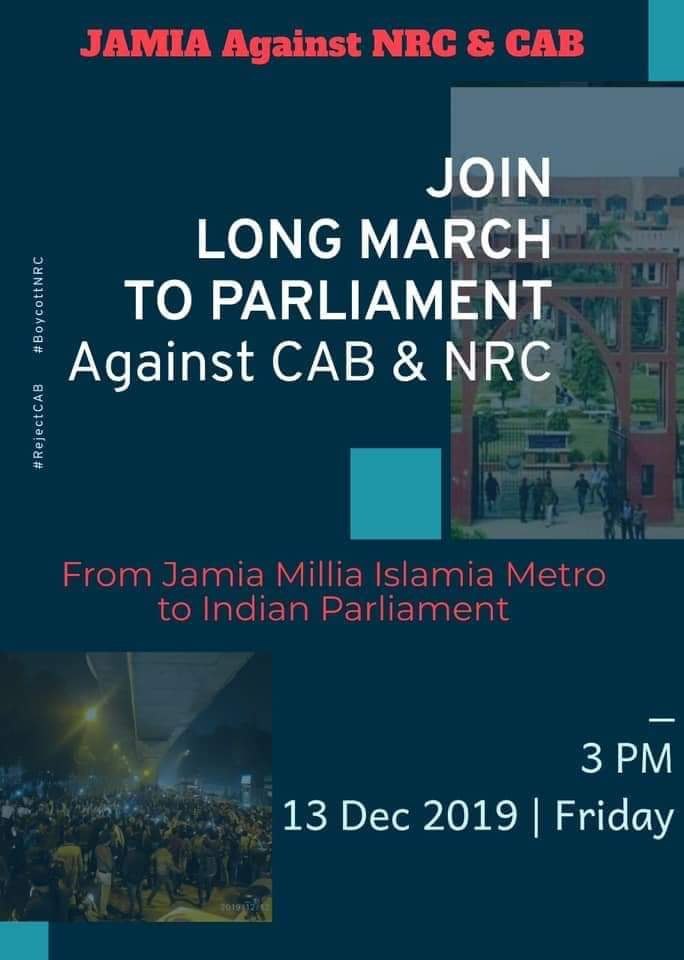 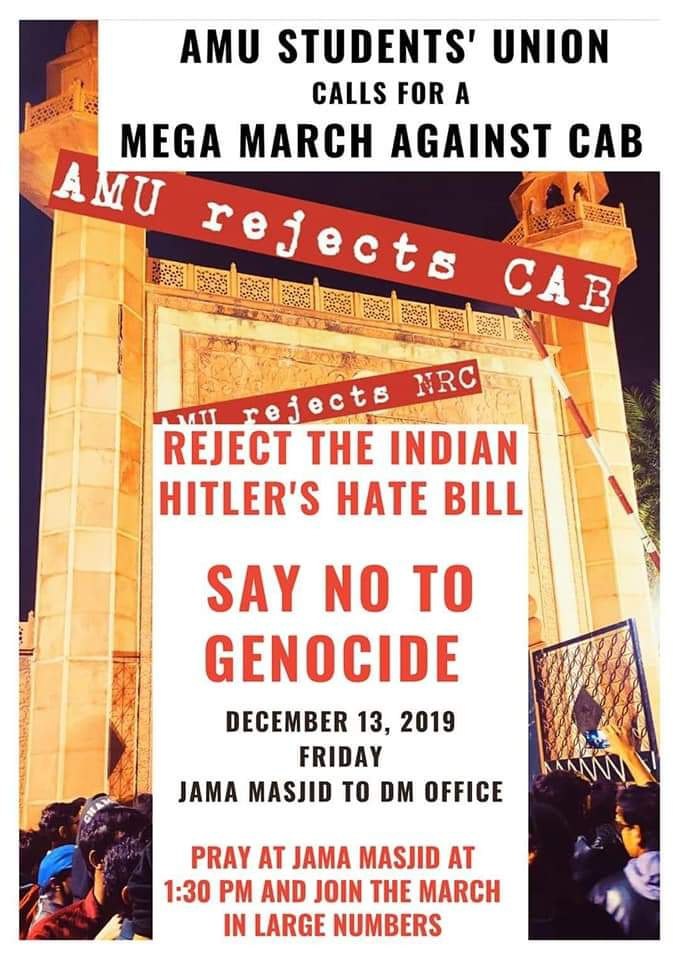 The number 32000 is not yet confirmed but reliable sources have verified that it was indeed a massive protest.

But the picture that I saw on the net contained a large number of them.

I pass through the location that they were gathered at, I do so several times in the day.

Yet this gathering did give me a lot of positive vibes.

Before the Friday Prayers yesterday there were excessive security arrangements around the university gate. I had never seen such arrangements earlier in decades.

Of course when a Prime Minister or the President comes to AMU the restrictions are even more stringent then I saw yesterday but amount of forces around the gate is not that much.

It simply shows that the Saffron bastards are taking us seriously.

Apart from student demonstration there was a programme from our teaching staff association also to give a memorandum to the District Magistrate. I did not go in that because the programme included going from our staff club to the Faiz gate and the whole route laid inside the campus.

I had been a part of a similar exercise when the Saffron raised the portrait of Jinnah in our Students Union Hall controversy. Such exercises are completely formal. But I admit that the latest events of such type could be a new beginning after the Saffron has come to dominate the scene.
report post quote code quick quote reply
back to top
Muslim Ummah aspires to attain a rightful and honored place among the civilizations of the world and make our proportionate contribution towards international peace, progress and happiness of humanity.
View Profile Block User