We can agree to disagree.
To me it looks like the top half of the plane was literally blown off, indicated by scorch marks.
Looking at the photo, it (sort of) looks like the rest of the plane fell from the sky.
There's no plowed furrow from impact to where the plane is sitting.
Very unusual to have a crash landing with that much of the plane intact.
report post quote code quick quote reply
+0 -0Agree x 1
back to top
In Need of Teaching
View Profile 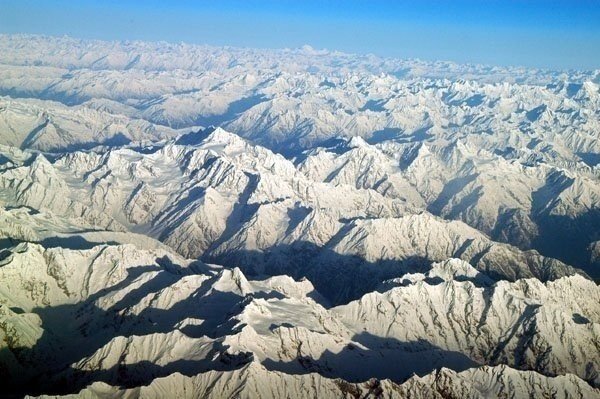 Are these people really that daft to take on the pukhtoon?
report post quote code quick quote reply
No post ratings
back to top
xs11ax
View Profile

Multiple signs are currently pointing toward a U.S. drawdown in Afghanistan.

What they're saying: Defense Secretary Mark Esper said today that he's comfortable with a smaller U.S. troop presence, national security adviser Robert O'Brien said he's "cautiously optimistic" an announcement is forthcoming, and Secretary of State Mike Pompeo called the Afghan president to fill him in on a possible deal.

The U.S. has engaged in stop-start negotiations with the Taliban over the past year to set conditions for an American withdrawal.

The state of play: Recent negotiations in Qatar seem to have proved fruitful. One senior diplomat told the NY Times that a deal is 95% complete, at least in principle.

Between the lines: Former CIA deputy director Michael Morell told Axios last year that the negotiations are a “charade” designed to provide the U.S. a “face-saving way out of Afghanistan."

The bottom line: But leaders from both parties, including the Democratic presidential candidates, are weary of the war and looking for a way out. Polls suggest Americans tend to consider the war a failure.

The U.S. reached an initial deal with the Taliban on Friday that could begin a drawdown of American troops from Afghanistan, AP reports, citing a senior U.S. official.

The big picture: Top administration officials, including President Trump, had signaled that an agreement could be reached soon, allowing America's 18-year war in Afghanistan to end after thousands of lives lost and billions of dollars spent. But previous attempts to leave Afghanistan have not panned out.

What we know: The "very specific" deal calls for a seven-day "reduction of violence" covering the entire country, to act as the precursor to all-Afghan peace talks within 10 days, a U.S. official said on the sidelines of the Munich Security Conference.

Between the lines: Trump is not the first American president to want to end the conflict.

What to watch: For now, Trump may be satisfied with a partial deal and a partial troop reduction. Ultimately, he clearly wants out. So do all of the leading 2020 Democrats, and many Americans.

Reported by someone in India to Twitter. Email doesn't respond, phone number and fax is FAKE.

Twitter won't take action until the one complaining retracts their complaint and there is nobody for me to communicate with.

If this is even half true, Trump is really desperate to get out of Afghanistan

May Allah SWT make it a new beginning for the Ummah.

report post quote code quick quote reply
+0 -0Ameen x 2
back to top
Muslim Ummah aspires to attain a rightful and honored place among the civilizations of the world and make our proportionate contribution towards international peace, progress and happiness of humanity.
View Profile

#56 [Permalink] Posted on 21st February 2020 14:02
What is the latest Suhail Shaheen tweet? I am not on the tweeter.
report post quote code quick quote reply
No post ratings
back to top
Muslim Ummah aspires to attain a rightful and honored place among the civilizations of the world and make our proportionate contribution towards international peace, progress and happiness of humanity.
View Profile

report post quote code quick quote reply
No post ratings
back to top
Muslim Ummah aspires to attain a rightful and honored place among the civilizations of the world and make our proportionate contribution towards international peace, progress and happiness of humanity.
View Profile

I am convinced that the killing and the maiming must stop, the deputy leader of the Taliban writes.

Mr. Haqqani is the deputy leader of the Taliban.

The agreement between Islamic Emirates and America will be signed on the 29th of February 2020 in the presence of representatives from many countries and International representatives. According to this agreement, American and all foreign forces will leave Afghanistan and occupation will end. No one will will be allowed to use the soil of Afghanistan against others.

We Thank Qatar and other countries which have contributed to this process.

report post quote code quick quote reply
+3 -0Like x 2Informative x 1
back to top
There is no Plan B!