In October, 2015, Israa Jaabis had a car accident and her car caught fire while she was inside. She was close to an Israeli military checkpoint near occupied #Jerusalem, but the Israeli forces refused to provide help. They, instead, were deployed around the scene and arrested her. Israa was sentenced to 11 years in the Israeli prisons.

In spite of her critical health condition, she gets nothing more than painkillers.

Jaabis needs to be free and get the medical care she deserves.
#SaveIsraa 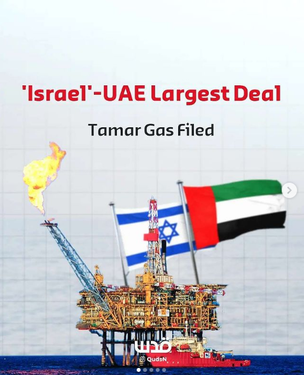 Few days ago, The Israeli occupation forces raided the homes of Dana family, near the illegal Israeli settlement of Kiryat Arba in Hebron, terrorized the children and gathered them out side the home. This this just an example of how the life of Palestinians under the the Israeli occupation looks like. 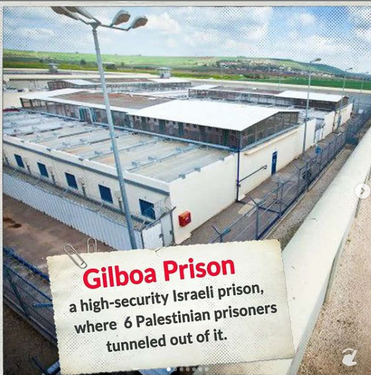 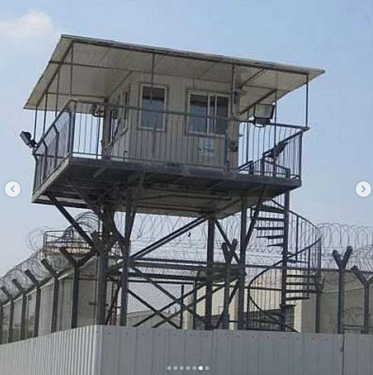 The Israeli prison of Gilboa is one of Israel's most heavily fortified detention compounds, where six #Palestinian political prisoners had managed to release themselves through tunneling out of it.

Israel Prison Service official told Haaretz that prisoners' escape through digging beneath the prison means a profound failure to the Israeli security apparatus. 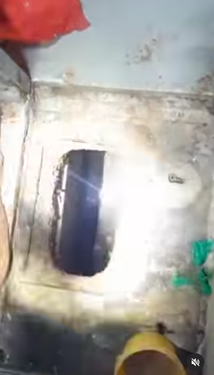 This is the opening of the tunnel that six #Palestinian prisoners had managed to dig under their prison's room and managed to get out through it at dawn today.

#95 [Permalink] Posted on 6th September 2021 13:28
Have the Prisoners been killed & the occupation is faking the great escape?

The hole they emerged from is right next to the watch post like in the second picture.

People are celebrating in Gaza and other places by distributing sweets however someone commented that what if the authorities killed them and are making this their excuse since there has been attention on the fact that the occupation forces do not return bodies....hmmm makes one wonder
report post quote code quick quote reply
+0 -0Informative x 1
back to top
Fragrance of Musk
View Profile Block User 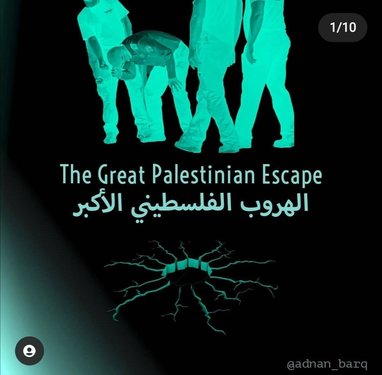 The Isra-heeli occupation forces detained the relatives of number of the Palestinian prisoners who were managed to escape from Gilboa prison.

Four of the six prisoners of #Gilboa have been re-arrested by the Israeli occupation forces after 6 days of manhunt.
Mahmoud Arda and Ya'qoub Qdari were re-arrested last night, where Zakariya Zubeidi and Mohammed Arda were caught this morning
report post quote code quick quote reply
+1 -0Informative x 1
back to top
Fragrance of Musk
View Profile Block User

What are the charges that Israel alleged against the four Palestinian escapees?

The Israeli security forces surrounded the prisoners Zakaria Al-Zubaidi to prevent journalists from taking photos of him during his trial in the occupation court. (There were pictures posted of him with signs of being attacked/punched after they were arrested)
report post quote code quick quote reply
+1 -0Informative x 1
back to top
Fragrance of Musk
View Profile Block User

An Israeli soldier stepping on the body of a Palestinian man that was shot by the Israeli Occupation Forces at Jerusalem today. 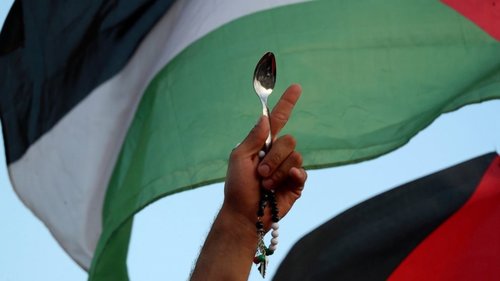 AMMAN — Palestinians have always had different symbols to represent their freedom; a spoon is the newest sign that has captured artists’ and social media users’ attentions.

After the six Palestinians tunnelled out of the high-security Gilboa Prison, reportedly using a spoon, a large number of social media users, influencers and artists have been focusing on the simple tool used in the movie-like escape.

A Palestinian-Jordanian virtual artist Beesan Arafat, who describes herself as an artist with “sharp edges”, created a piece of art depicting the spoon the six Palestinians used to extricate themselves from the Israeli prison.

“The men evaded 40 prison guards, three watchtowers, two walls, two barbed-wire fences and a pack of sniffer dogs to get to their freedom,” Arafat wrote on her Instagram post.

“They used a rusty spoon to escape one of the most secure jails in the country,” she added.

The Jordanian illustrator and graphic designer Abeer Anabtawi shared a post of a watermelon and spoon, which are currently symbols of Palestinian resistance that have gone viral on social media platforms.

“The spoon has become an icon. With a spoon, the six Palestinians obtained their freedom,” wrote Palestinian activist and photographer Abdalafo Bassam on his Instagram post.

Also, Twitter user “@M7rusa” wrote: “Raise the spoon for freedom; raise your spoon for the Palestinian prisoners and Palestine”.

Samar Khalil, a Palestinian-Jordanian living in Amman, told The Jordan Times on Sunday: “Although four of the six prisoners were recaptured, the Palestinian resistance will continue and from now on, the spoon will illuminate the untold stories of Palestinians”.

The four prisoners who were recaptured are: Zakaria Zubeidi, Mahmoud Ardah, Mohammad Arda and Yacoub Qadiri. 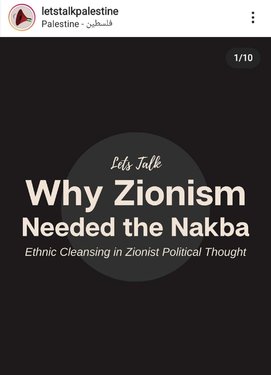 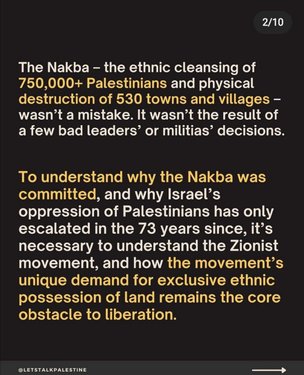 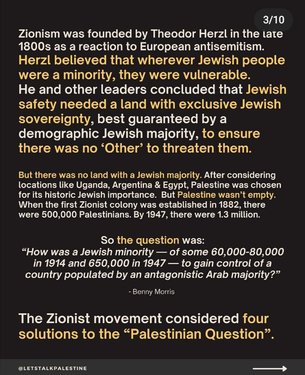 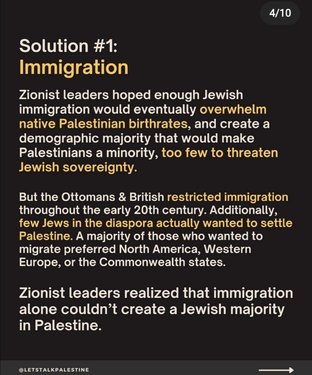 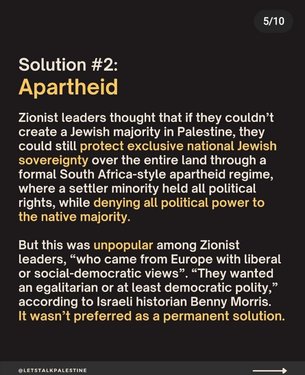 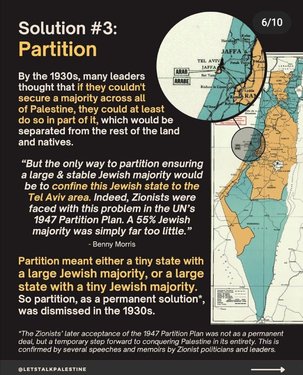 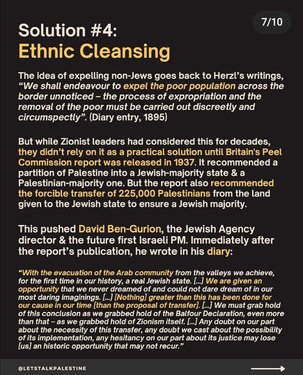 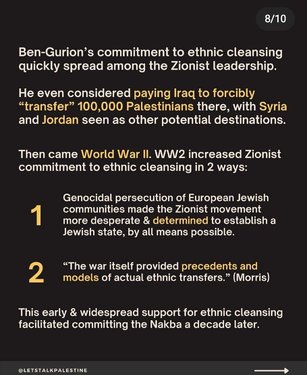 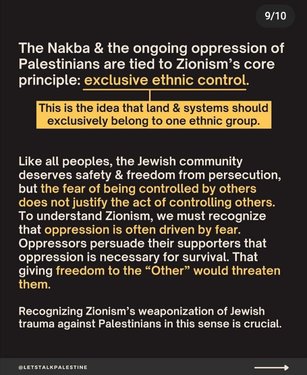 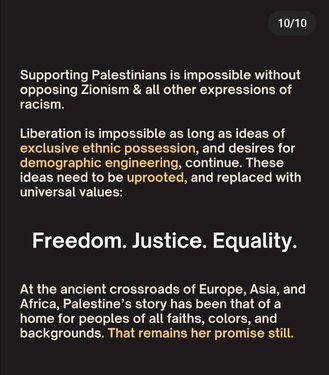 
The Palestine Narrative changing through the El-Kurd twins

Palestinian rights activists Muna and Mohammed El-Kurd, whose family faces forced displacement from their home in the occupied East Jerusalem neighbourhood of Sheikh Jarrah, have been named to TIME magazine’s annual list of the 100 most-influential people in the world.

The twins, aged 23, earlier this year became the faces of a global campaign to halt Israeli efforts to forcibly displace Palestinians from Sheikh Jarrah to make way for Jewish settlers.

sraeli forces detained and questioned the siblings for several hours over their activism in June.

“Through online posts and media appearances, sibling activists Mohammed and Muna El-Kurd provided the world with a window into living under occupation in East Jerusalem this spring – helping to prompt an international shift in rhetoric in regard to Israel and Palestine,” the magazine wrote about the siblings.

In a statement on Twitter on Wednesday, Mohammad El-Kurd said that although being named to the list was a “positive” development, symbolism is not enough to truly support the Palestinian cause. 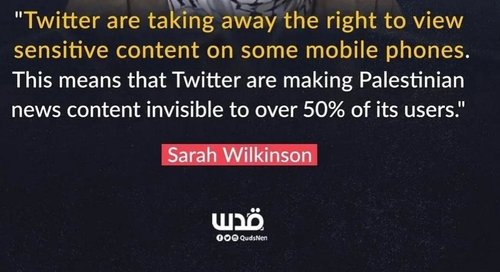 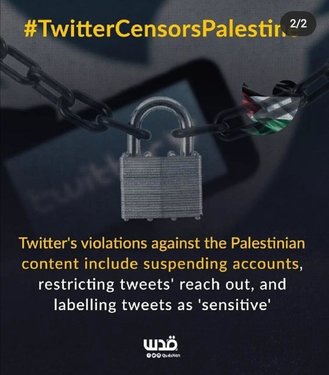