#3 [Permalink] Posted on 18th December 2019 09:26
School in India makes students re-enact Babri mosque demolition
www.youtube.com/watch?v=u3VwZUl9tKQ
A school in the Indian state of Karnataka, which is run by a leader of the far-right Hindu organisation, RSS, made children re-enact the demolition of the Babri mosque in a play.

An Indian school has defended its students' re-enactment of one of the most divisive episodes in the country's history - the demolition of the Babri mosque by Hindu mobs in 1992.

A video that shows them cheering while bringing down a huge poster of the mosque went viral on Monday.

School officials told BBC Hindi they were trying to promote national "pride" among the students.

A union minister and a lieutenant governor were present at the event.

The video spread quickly online after it was tweeted by Lavanya Ballal, a member of the main opposition Congress party.

The re-enactment happened on Sunday during the annual sports and cultural celebration at the Sri Rama Vidyakendra High School - a private school - in the southern city of Mangalore.

Sadanand Gowda, a union minister from the governing Bharatiya Janata Party (BJP) and Kiran Bedi, a retired policewoman-turned-politician who is now a lieutenant governor, were chief guests at the event.

Police have registered a complaint against five school officials, including Mr Bhat, following a complaint by a local resident.

In the video, you can hear a narrator who refers to the enthusiasm with which the students carry out the demolition. "They start demolishing the structure with anything they can get their hands on," the narrator says. The children can then be seen bringing down the poster as they cheer and jump.

Mr Bhat defended it, saying the school picks a major event to re-enact each year. He said one year, they had re-enacted India's Moon mission.

"Nothing was said against Muslims. There was no need even to speak about it. It only showed the demolition," he added.

Mr Bhat is a member of the Hindu nationalist Rashtriya Swayamsevak Sangh (RSS). He is also an influential leader in the coastal districts of Karnataka, an area considered to be a Hindu right-wing stronghold.

He said by re-enacting the demolition "children will learn how to live for the country. It will also show them how they should remove the insults to the nation. It's not to promote anything anti-Muslim".

But the incident has drawn sharp criticism. Speaking to BBC Hindi, sociologist and commentator Shiv Vishwanathan called it "obscene".

"It affects the innocence of children," he said. "When children see mass phenomenon, a part of it is internalised as truth. Demagoguery becomes demography. Education is presented as propaganda and it harms the innocence of the child.''

He added that he found it surprising how "nowadays you find such events, which show complete contempt for any democratic principles or pluralism or history and people seem to think it's normal."

The site, located in the city of Ayodhya in Uttar Pradesh state, had been disputed since 1949 - while Muslims say they have worshipped there for generations, many Hindus believe it is the birthplace of a revered deity, Lord Ram.

The dispute was decided last month when India's Supreme Court ruled that the site of Ayodhya should be given to Hindus who want a temple built there. The court said Muslims would get another plot of land to construct a mosque.

#5 [Permalink] Posted on 4th August 2020 12:46
Important day in the history of India tomorrow...
report post quote code quick quote reply
back to top
There is no Plan B!

#6 [Permalink] Posted on 4th August 2020 12:50
Deobandi Ulama gave Fatwa upon Fatwa for Indian Muslims to stay loyal to Indian National Congress as INC are the bastions, protectors and guardian of "Secularism" and religious rights of minorities


Secularism and the beloved congress is officially dead.

With the message and grace of Lord Rama and Mother Sita, the Bhoomipujan ceremony of the temple of Ramlala became an occasion for national unity, fraternity and cultural congregation.
report post quote code quick quote reply
back to top
There is no Plan B!

#7 [Permalink] Posted on 4th August 2020 13:53
Suggestion by any Deobandi Alim about which party to back has become irrelevant.

I have not swoon over Owaisi either. 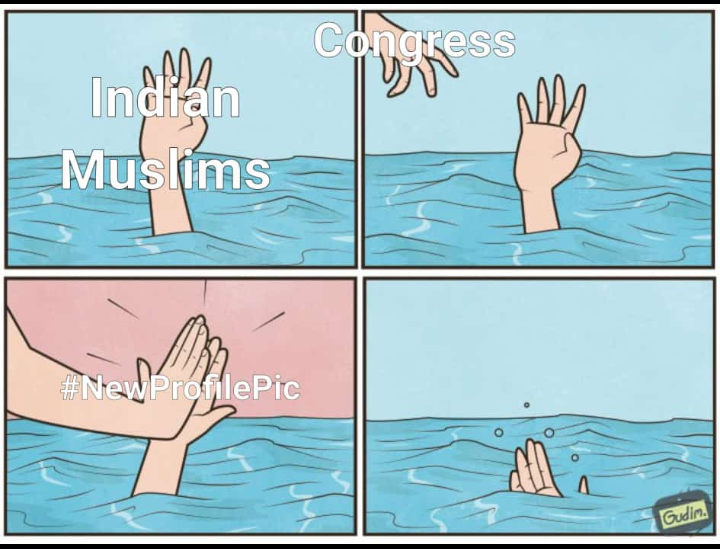 It has always been our position that the Babri Masjid was never built by demolishing any mandir or any Hindu place of worship.

The apex court also accepted that the placing of idols on 22 December, 1949, in the masjid was an illegal act. The Supreme Court also accepts in its judgment that the demolition of the Babri Masjid on 6 December, 1992, was an illegal, unconstitutional and criminal act. It is indeed regrettable that after accepting all these facts, the apex court in an extremely unjust verdict handed over the land of the masjid to the people who had placed idols in the mosque in a criminal manner and were party to its criminal demolition.

At whichever place a masjid is established, it remains a masjid there forever till eternity. Hence the Babri masjid was a masjid before, is a masjid today and shall Inshallah remain a masjid.

#11 [Permalink] Posted on 5th August 2020 11:07
May this mandir cause division amongst them and keep them busy fighting each other.
report post quote code quick quote reply
back to top
Rajab
View Profile Block User