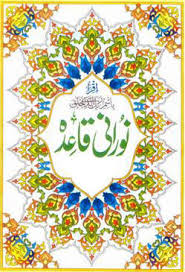 #1 [Permalink] Posted on 6th October 2019 15:15
This thread is part of my attempt to understand the western encroachment on the life space of Muslims and Islam.

The military encroachment is the most critical point, a point that lies at the core of the West-Islam asymmetry today.

Islam did not clash with the west for the initial phase of its life. Our initial conflict was with the Pagans and the Jewish people. And Persia.

And then the Christian world came on the horizon.

In the Arab world Islam near completely threw out Christianity. And Christianity has never forgiven us for that. There were the crusades and then the Ottomans breathed heavily on their chest for five hundred years and even knocked at the doors of Vienna twice - in sixteenth and seventeenth century.

Then the west made its most significant push against Islam and Muslims - Colonialism whose reverberations are still in place.

Physically the Muslim world has come out of the colonial seize but not economically, socially, politically and militarily. The military encroachment of Muslim/Islamic world by the west is still very tight and near complete but we have to explain it in detail so that it makes sense to Muslims, and others, that it is indeed a case of encroachment.

This is going to be a very painstaking task to dilineate the contours of this encroachment.

I am relegating this task to Muadh Khan because his grip on military issues is very robust and mine practically non-existent. Thank you Khan Sahab in advance. Of course I'll keep chhing in to spell out what I have in my mind.
report post quote code quick quote reply
No post ratings
back to top
Muslim Ummah aspires to attain a rightful and honored place among the civilizations of the world and make our proportionate contribution towards international peace, progress and happiness of humanity.