Forum Index » Sharing & Voicing  » People's SayOn Kashmir
Forum Menu - Click/Swipe to open
Show Forum Menu
Recent Posts
WhoIsMuhammad@MS
12 hours ago by abu mohammed
Darul Ilm Birmingham presents: SEN Madrassah
14 hours ago by Darulilm2018
Comprehensive Pakistan Thread
19 hours ago by Maripat
Dinosaurs Existed or not
29/10/2020 by Concerned
Coronavirus
29/10/2020 by super-glue
The essence of the facts
29/10/2020 by akay
I Have a Purpose
29/10/2020 by Rajab
75% of Halal labelled chicken in UK feared to be Haram
28/10/2020 by Malak
Makkah News and Updates
28/10/2020 by abu mohammed
Ruqya Clinic 2020
28/10/2020 by Darulilm2018
Recent Top Rated Posts
+10 - Re: Many dead in New Zealand after gunmen attack mosques
by Abdur Rahman ibn Awf
+10 - My Apology to ALL concerned
by Muadh_Khan
+9 - Re: Bint e Aisha, ALIF, SipraOmer and Guest-49821
by ALIF
+8 - Re: Re: Changing decisions
by Abdur Rahman ibn Awf
+8 - Re: Coronavirus
by Rajab
+8 - Re: Mufti Ismail Menk
by Yasin
+7 - Real Value
by Arfatzafar
+7 - Do not despair of the Mercy of Allah
by sipraomer
+7 - Re: Pakistan vs India: Background, Conflict, Analysis
by Rajab
+7 - Mufti Kamaluddin Thread
by Yasin
Top Members
Forum Menu
Search Forums Memberlist
▼
Statistical Pages
» Recent Replies » Most Appreciated » Popular Threads » Polls / Surveys » Top Rated Posts » Worst Rated Posts

I am from India , i am fully disturbed after hearing such statements from Jamiat Ulema-e-Hind , which i felt was in favor of present Indian government and against Kashmiris.

Is there any Hikmath for issuing such statements ( i Hope there will be ) , if yes please let me to bring back my reduced trust on Jamiat Ulema-e-Hind.

No, I personally cannot see any Hikmah or benefit in this statement but I can see why they are doing it.

The "original sin" of Jamiatul-Ulama was pre-1947 and since then they have just been paying the price for their decisions. Indian Muslims do not really have a choice.

#303 [Permalink] Posted on 25th September 2019 12:39
One of my friend who returned from his vacation from Srinagar said following ,

1) Situation is wort - Movement restricted , Mobile Communication blocked and much more .
2) Positive impact due to Pak cry over Kashmir in different world forums is - "Initially IND Gover unofficial order was to eliminate on the spot who ever protest in Kashmir against IND Gover however due to Pak action this unofficial order was taken back however torturing of Kashmir people is still on going" 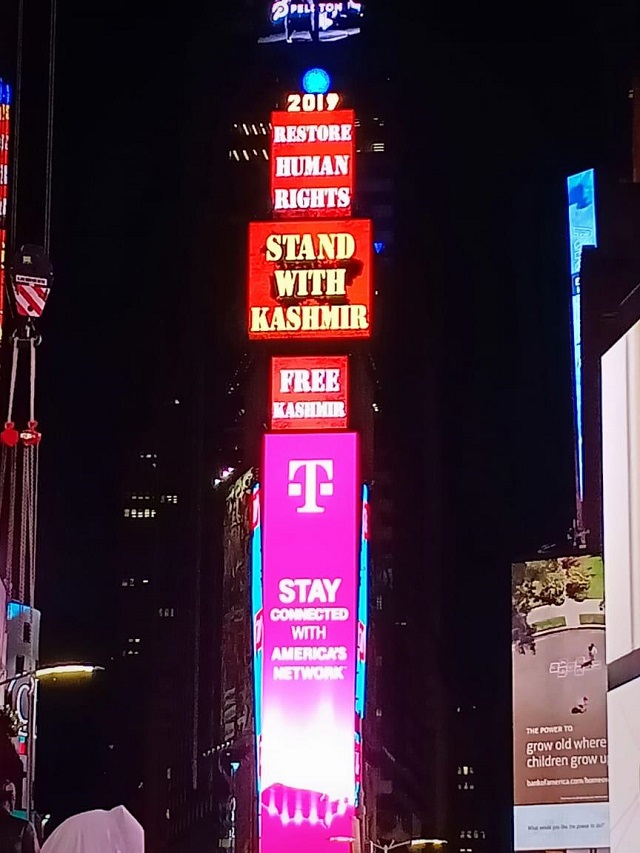 13,000 Kashmiri boys, many as young as 14 or 15, have been taken away by Indian authorities and allegedly tortured since the lockdown was imposed on August 5. It also claimed that families were paying up to 60,000 rupees (£678) for their children’s release. TRT

#306 [Permalink] Posted on 30th September 2019 05:10
Muslims! Wake Up!
report post quote code quick quote reply
back to top
The world does not forgive the weak.

I could post the same from our visit to the PAF Museum
report post quote code quick quote reply
back to top
Actions are judged by intentions, so each man will have what he intended.
ابو محمد
View Profile Block User

Or my visit to Jaisalmair Military Museum

report post quote code quick quote reply
back to top
Muslim Ummah aspires to attain a rightful and honored place among the civilizations of the world and make our proportionate contribution towards international peace, progress and happiness of humanity.
View Profile Block User


They are more vigilant compared to us to prepare their young ones to fight the future war.

This is all ,what I am trying to say.
report post quote code quick quote reply
back to top
The world does not forgive the weak.

#310 [Permalink] Posted on 3rd October 2019 17:59
Some one whatsapped me a video of a Muslim Old man from Indian Captured Kashmir. My blood is boiling.
report post quote code quick quote reply
back to top
The world does not forgive the weak.

We will take action against two officers. We accept this was our big mistake: IAF Chief
gulfnews.com/world/asia/india/indian-air-force-chief-says...

New Delhi: IAF Chief Air Chief Marshal Rakesh Kumar Singh Bhadauria has said that the Mi-17 chopper crash in Srinagar on February 27 was caused after it was hit by an Indian missile by mistake.

He described the IAF shooting down its helicopter in Kashmir on February 27 as a "big mistake", when Indian and Pakistani forces engaged in a dogfight, and said punitive action is being taken against the guilty.

The operational preparedness of the IAF has been of a very high order and it achieved a number of operational milestones last year, including the Balakot strikes, Bhadauria said at the Indian Air Force's annual press conference.

"Court of Inquiry completed and it was our mistake as our missile had hit our own chopper. We will take action against two officers. We accept this was our big mistake and we will ensure such mistakes are not repeated in future," said Air Chief Marshal Rakesh Kumar Singh Bhadauria, reported ANI

The IAF is prepared to meet any contingency and does not rest on past laurels, Bhadauria said.

Ahead of the press conference, the IAF also showed representational video clips of the Balakot strikes.

Pakistan lost an F-16 and India a MiG-21 in aerial engagement with the Pakistan Air Force a day after the Balakot strikes, IAF chief Bhadauria said.

Talking about the IAF shooting down its own Mi-17 helicopter in Budgam on the morning of February 27, he said it was a "big mistake on our part".

A Court of inquiry has submitted its report and the IAF is taking punitive action against the guilty, he said.

Disciplinary action is being taken against two officers in the shooting down of the chopper, the IAF chief said.

A surface-to-air missile of the Indian Air Force brought down the Mi-17 aircraft in Kashmir's Budgam on the morning of February 27 when the Indian and Pakistani air forces were engaged in a fierce dogfight, a high-level probe had concluded in August.

P.S: This video contains images of Indian Prime Minister
report post quote code quick quote reply
back to top
There is no Plan B!

The Indian army has started to use long-range precision guided artillery ammunition, purchased under an emergency clause in India’s Defence Policy.

News about the deployment of the new M982 Excalibur artillery rounds - developed by Raytheon Missile Systems- was shared with army commanders at a high-level conference in New Delhi, local media reported.

I doubt this news which is also being propagated by Hamid Mir! Because Sat guided Arti is too expensive for an economically struggling country like India to lob over the LOC. However, India does shell and civlians become Shaheed and may Allah Ta'ala give patience and perseverance to the families.

The problem is, that Pakistan can’t respond in kind, because on the other side of LOC are also Kashmiri’s, they target the Indian bunkers instead...
report post quote code quick quote reply
back to top
ALIF