ghusl of a dead woman

You have contributed 25.0% of this topic

In the name of Allah. Most Compassionate, Ever -Merciful Assalamualaikum wa
Rahmatullahi wa barakatuhu,
Dearly respected brothers and sisters, plz do read this article its
very intersting and a fact of life which we will all face one day..DEATH!
The following is reported by a lady who washes and prepares (woman)
dead bodies for burial.
One day a family called me and asked me to participate in washing the dead woman related to them.
I went and entered the room in which the body was laid. The family members locked the door from outside. I was kept alone with the dead body in the room.
I started reciting verses of the Quran and sought refuge while
supplicating (saying 'duaas') until my body calmed down. Then I asked
Allah to help me and I started to wash the dead body.


Everything needed was provided. As I opened to look at the body of the woman,
it was so dark like a piece of charcoal.
I started getting worried; however I struggled to complete the wash expecting rewards from Allah.
While I started washing the body, to my surprise, her flesh was peeling off her body like pieces of cotton. I quickly finished the wash and prepared the dead body without realizing how I completed the task.

Then I knocked the door for the family to let me out, they did not
believe that I had finished. I confessed that I had completed the wash. Then they opened the door and I quickly ran away and went back home.

I spent three sleepless nights and kept on weeping. Thereafter I called one of the scholars and explained to him what I saw.
He told me as far as darkening of the face is concerned, that indicates that she used not to pray (the 5 daily prayers).

Regarding peeling off of her flesh, that indicates she never covered her body and did not wear 'hijab' (scarf).

After the funeral days were over, I went to the woman's family so that I confirm what I heard. I initially asked them why did you
lock me in? They said before you, three ladies came in and all refused towash her after having seen her (dark) face. We did not have a choice except to lock you in so that you wash her.


Then I asked how her life was, they said she used not to pray and used not to wear hijab(scarf).'(Oh ALLAH protect our Muslim daughters and women). Ameen.
Oh ALLAH the Most Merciful, end our life in the best manner....Ameen!
Please pass this message on, Jazakallah

report post quote code quick quote reply
back to top
The shortest distance between a problem and its solution is the distance between your knees and the floor.
The one who kneels before Allah (swt) can stand up to anything.

I have a doubt, I just want to know whether it is prohibited to show the face of woman's dead body to relatives or friends.

please clarify on this.

As far as i know,one is allowed to show the face of a woman only to women relatives and friends.but not ghair muhram men.
And Allah knows best.

report post quote code quick quote reply
back to top
O my Rabb (Cherisher and Sustainer)! Bestow wisdom on me, and join me with the righteous; grant me honorable mention on the tongue of truth among the latest (generations); make me one of the inheritors of the Garden of Bliss.ö
(QurÆÔn 2683-84) 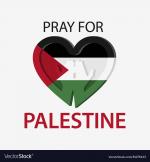 #4 [Permalink] Posted on 16th July 2010 11:48
reply
I have attended washing of deceased women...alhamdulillah we covered the method in our halaqa. Yes the face is open to us while the rest of the body is covered with a huge sheet. Afterwards the face can be opened to family and mahram men before the body is taken away for burial...
May Allah ta'ala cover us with HIS mercy and grant us Husne Khaatimah
report post quote code quick quote reply
back to top
Fragrance of Musk

Post New Topic Reply
Related Threads
Covid-19 the most deadly world ending virus in history
Dead Sea Scrolls at the Museum of the Bible are all forgeries
Streatham: Man shot dead by police after stabbings in London
Mass Slaughter (Sign of the Last Day): Bird will fall down due to dead bodies
39 people found dead in lorry container


You are here: Forum Index » Literature  » Articles :: Stories :: Moreghusl of a dead woman
###
Award Rep
Award reps to ... for this post