Images and comments from The BBC http://www.bbc.co.uk/news/world-middle-east-28177841 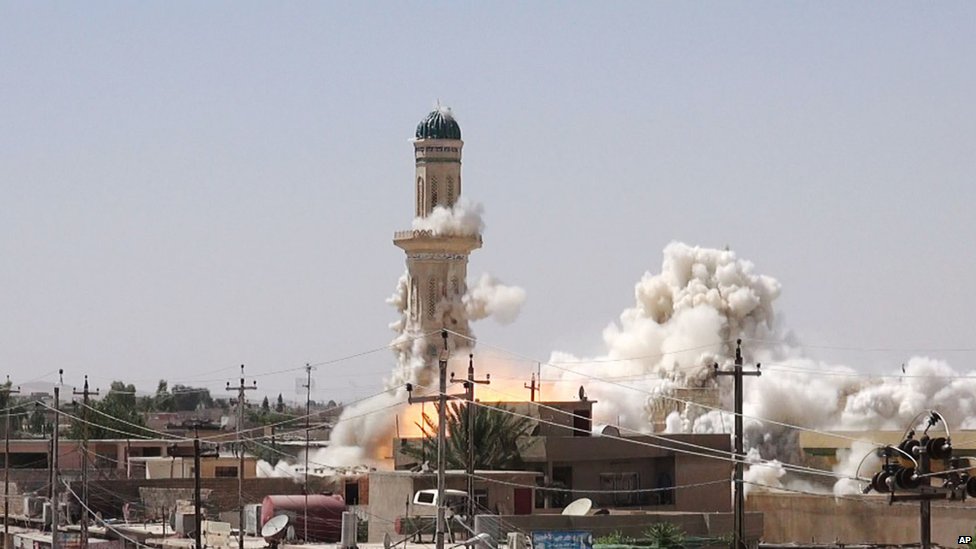 Images posted on social media appear to show the destruction of about a dozen places of worship across northern Iraq, in areas recently taken over by extremist militants. 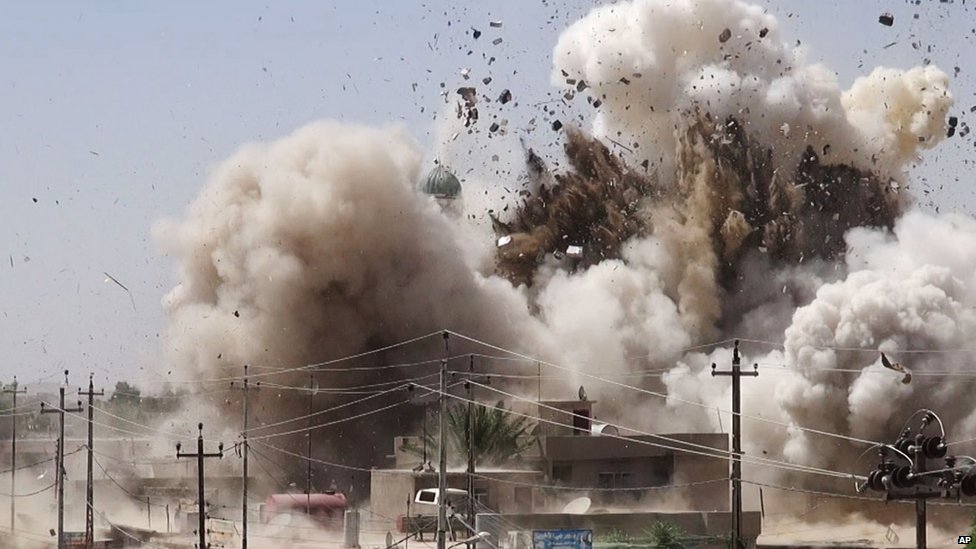 Some images showed the al-Qubba Husseiniya, a Shia shrine, being blown up in the city of Mosul. 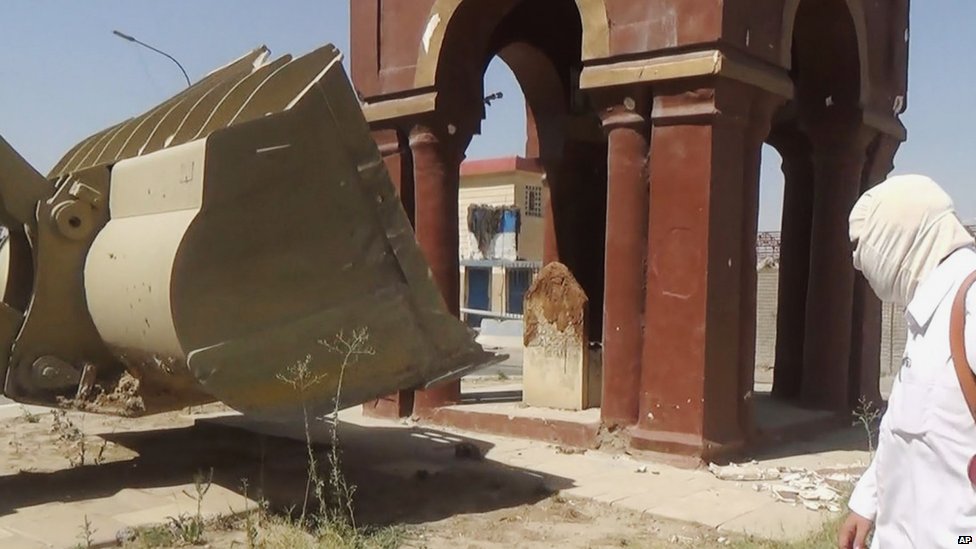 Militants used a bulldozer to destroy a shrine known as the "Girl's Tomb" in Mosul. 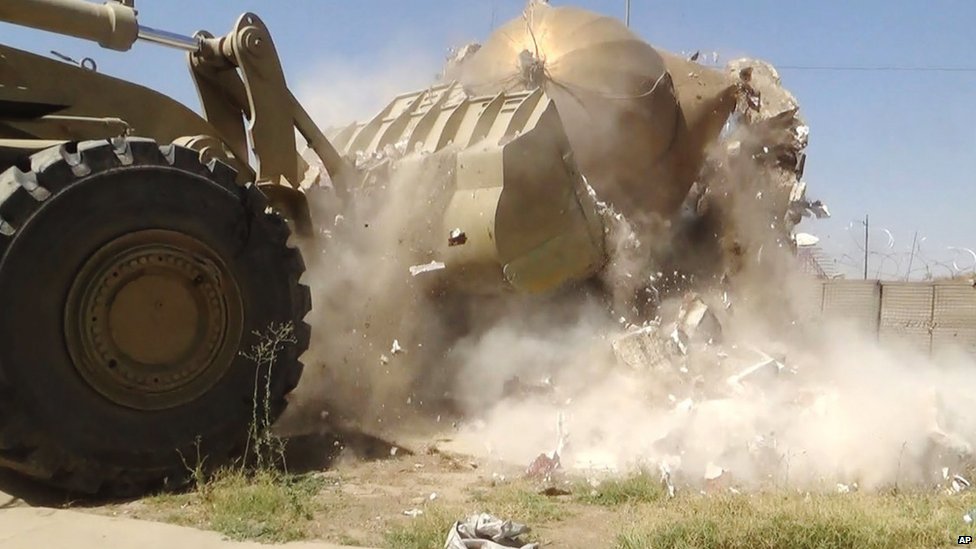 They believe giving special veneration to graves and relics is against the teachings of Islam. 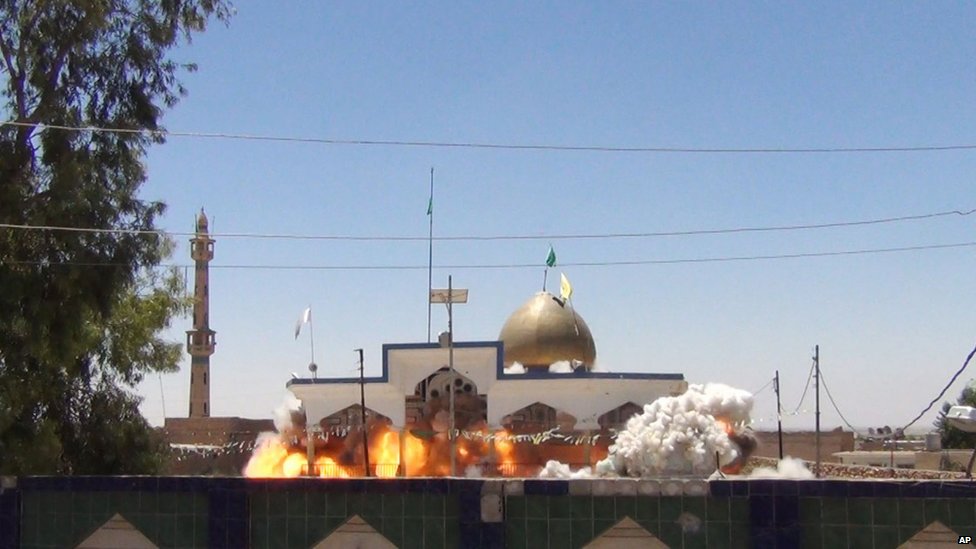 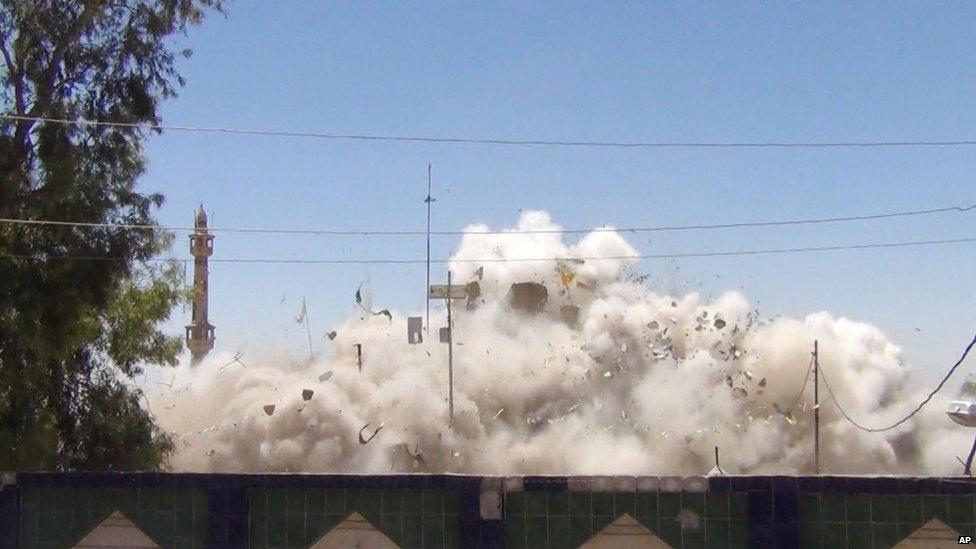 The militants, believed to belong to Isis (Islamic State of Iraq and the Levant), are also reported to have attacked churches in Mosul. 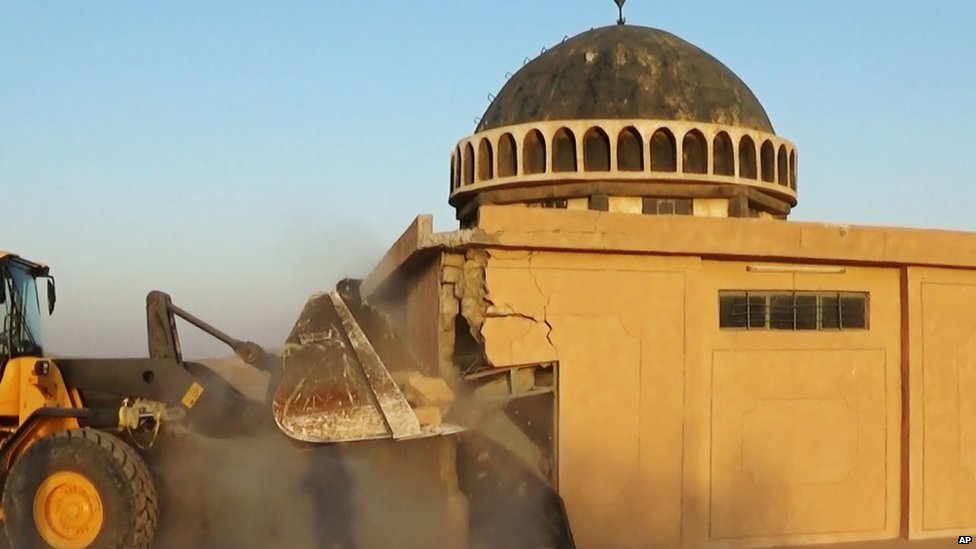 More images showed the Ahmed al-Rifai shrine and tomb in the Mahlabiya district near Tal Afar being attacked with a bulldozer. 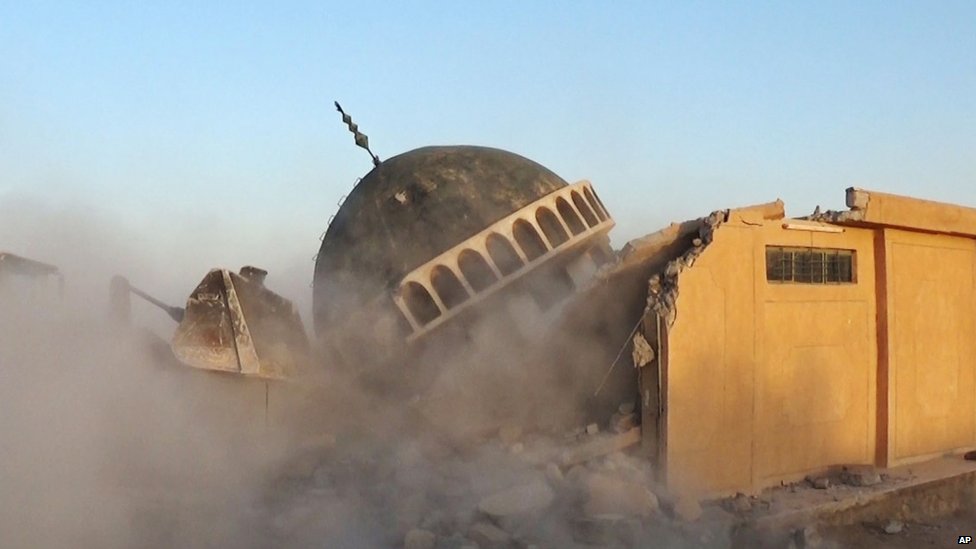 The militants have attacked Shia and Sunni shrines alike, and have vowed to continue destroying places of worship which they do not approve of.

The reason why I've posted this is because I know the family of the above Tomb (Ahmed ar-Rifai). The family I know are from Barodha, India. and their lineage goes back to Ahmed Rifai, which goes back to the Prophet (saw). The family that I know are of the Shafi School and for the Barelwi Aqeedah, Wallahu Alum.

Here is the family tree from an online source via Google.

Secret? I know the History behind al-Refai and there are two conclusions.

According to Mufti Abdur Raheem Lajpuri, he mentions the incident (in Fatawa Rahimiyyah) of the hand of the Prophet (saw) appearing from the Roza Mubarak and shaking the hand of al-Refai. and many people witnessed it. On the other hand, the Salafi Ulama say that this was the work of Shaytan etc etc.

What ever the case is. The family I know are related directly to him and hold some kind of secret too and I don't see it as Islamic what so ever www.youtube.com/watch?v=BPTRuAUVP90
anon wrote on 14 Jul 2014
This was very refreshing to see, jazak'Allah.
Anonymous wrote on 15 Jul 2014
The word sirr refers to the inner/secretive portion of one's spiritual-self. It is mentioned in the Qur'an "ya'lamus sirr" - He knows the Sirr. I.e. Allah has full knowledge of our Sirr. Also in Qur'an "yawma tublas saraa'ir" - the day in which the Sirr will be tested (i.e. day of Hisab when our Sirr will be interrogated).

Quddisa Sirruhu is often written after the name of those who enjoyed a very pure life in servitude of Allah, which means "may his secret be sanctified". Allah is infinite. Every friend of Allah enjoys a special, unique, individual connection with Him. Therefore, the inner secrets will vary - all this really refers to is their "realisation" or "ma'rifah" of Allah ta'ala.

Finally, it is an incorrect to post videos of those who have deviated from the original teachings of the Muhaqqiq-Sufis, and then use that to cast doubt. In this sense, even the Hadith Shareef can be put into question, na'udhubillah. Rather, we should raise our level of discussion and comprehension, and try to understand the historical contours in development of any field of Deen.
Blogger's Reply:
Jazakallah, I understand. It's the other type of secret. The one which if we hide of others, Allah will hide ours.

Jazakallah for the details.
anon wrote on 27 Jul 2014
Since you mentioned about Ar-rifa'i, what do you say about Iraq's Grand Mufti who is Mufti Rafi Al-Rifa’i denying ISIS targeting shrines in Mosul?
Blogger's Reply:
Jazakallah, that's informative.

I have no opinion on Mufti Ar-Rifai nor the Isis. As a layperson, I can only go by what the Ulama have said and these instances, the comments for Isis are not in favour of them. With regards to the Mufti, Allahu alum.

The rifai we know are Indians.

May Allah guide us all to the straight path.
Karim Rifai wrote on 31 Aug 2014
Hi. I was surfing the web and encounter a link talking about the destruction of this tomb. My last name is Rifai and my fathers family comes from Syria. I leave far away since my fathers family migrated to Lima, Peru in South America. I have encountered some other arabs that have told me that my last name is old, but I really dont know much about my blood lineage. Please if anyone can help I would appreciate a lot.
Rema wrote on 13 Nov 2014
@ Karim Rifai.
My mother's last name is Rifai and she told me that all Rifai'so are related and that they are related to Prophet Muhammed peace be upon him. The story about the shrine is in regards to your greal great etc Grand father.
My mother is originally from Lebanon but we reside in Sydney Australia.
Shariq wrote on 15 Nov 2014
What is wrong with the above. Imam Bara, Hussainiya or any other place of shia worship where shirk and magic is done and Sahaba (Radhiallahu anhu) are cursed should be destroyed.

Basic Rules of Authentication - Who lied and why?