You have contributed 2.2% of this topic

Android users beware: you are being warned over your phone storing 22 apps which can suck your battery down.

Apparently, owners of Android devices are experiencing huge phone bills as a result of the "clickfraud" apps.

But, unfortunately for unwitting device owners, they are secretly performing criminal actions out of sight.

Sophos has done research and identified 22 apps, which collectively, have been downloaded more than 22million times by device owners.

"The only effects a user might notice is that the apps would use a significantly greater amount of data, at all times, and consume the phone’s battery power at a more rapid rate that the phone would otherwise require," researchers explained.

"Because consumers would not be able to correlate these effects to the apps themselves, their Play Market reviews for these apps showed few negative comments."

The malware affects PCs when a phone is plugged into a Windows PC, and it farms private data, according to LincolnshireLive.

But it will not affect the Android devices themselves according to the Mail Online .

If a computer is infected with the virus then credit card numbers, passwords and social security numbers can be collected because the malware tracks keystrokes.

The apps are no longer available on the Play Store but may still be on some phones. The apps infected have been downloaded since October 2017.

Google was notified of the flaw by Palo Alto Networks.

They discovered not all the apps from the same developer had the same Windows files.

This means the researchers believe different computers were used when creating the codes of the apps - and some of these were infected with malware.

Users who have downloaded any of the files via the Android app and connected to a computer may be infected.

Anyone with any of these apps on their phones should delete them to avoid infection.

Here are the apps that have been affected:

A major privacy flaw in Apple's FaceTime video chat product has been discovered allowing someone to secretly eavesdrop on another user before they answer the call, on both iPhone and Mac. 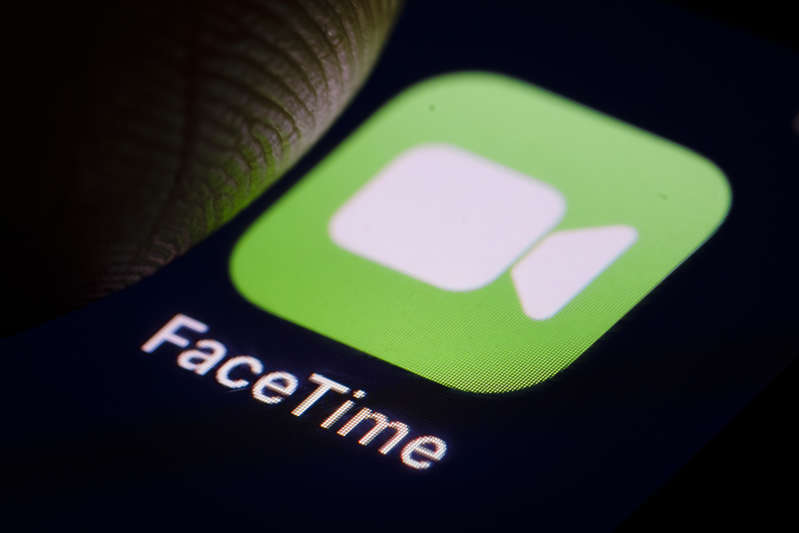 The bug is a serious problem in one of Apple's flagship products, and is especially embarrassing given Apple's recent campaign touting its privacy bona fides compared to rivals like Google. It also comes less than 24 hours before Apple is due to report close-watched quarterly earnings in which the company is expected to report a decline in iPhone sales.

News of the privacy bug was making the rounds on Twitter on Monday and was picked up by blogs like 9to5Mac. Some users were urging iPhone owners to switch off FaceTime until Apple fixes the vulnerability.

Business Insider was able to replicate the privacy vulnerability in its own testing on Monday.

The bug in FaceTime allows someone to dial one of their contacts and listen in to the recipient's microphone before they actually answer the call. This can be accomplished by using the "add a person" feature after dialing the contact, and then adding your own number as the other person.

An Apple representative sent the following statement to Business Insider: "We're aware of this issue and we have identified a fix that will be released in a software update later this week."

The future of copper
The ISDN switch off has been well publicised for several years. We've observed many of our partners migrating ISDN channels to SIP and hosted IP voice solutions, through other platforms.

It’s less well known that in 2025 the WLR (Wholesale Line Rental) network will be retired. This will include traditional, analogue Public Switched Telephone Network (PSTN) lines, which will be replaced by digital, internet based IP services. This is not a removal of the copper lines, but rather a change of how the service over those lines is communicated.
This is, in part, being driven by the fact that the current infrastructure is running equipment which is reaching end of life - parts and skills to repair them are becoming scarce.

The solution
PSTN is actively used today by many business and residential users. Uses include traditional voice calls but also the delivery of various broadband services as well as alarm and lift lines. Alarm and lift companies are busy working on alternative solutions to deliver their services over IP or mobile networks, leaving broadband as the major service reliant on PSTN.

Openreach are also defining a product called Single Order Transitional Access Product (SoTAP), to potentially support ADSL beyond 2025. It's currently unclear whether or not this will be available nationwide, or only in locations where SoGEA, SoG.Fast and FTTP are not available.
report post quote code quick quote reply
No post ratings
back to top
Actions are judged by intentions, so each man will have what he intended.
ابو محمد
View Profile Block User

The earnings of Saudi Arabia’s giant oil company have long been a mystery, kept under wraps by the country’s government. But on Monday, Saudi Aramco opened its books, revealing that it generated $111.1 billion in net income last year, making it probably the world’s most profitable company by far.

It handily beat Apple ($59.5 billion in net income in 2018) and ran laps around other oil companies like Royal Dutch Shell ($23.9 billion) and Exxon Mobil ($20.8 billion). The disclosure reveals a company that is hugely profitable but also tightly bound to one country and the price of oil.

Aramco issued the financial data as it prepares to borrow up to $15 billion through a bond sale, in what could signal a more aggressive approach to capital-raising for both the company and Saudi Arabia, which is seeking to cut its dependence on oil and gas revenue.

The money will help finance Aramco’s $69 billion purchase of most of a state-owned petrochemical company from Saudi Arabia’s sovereign wealth fund, whose chairman is Crown Prince Mohammed bin Salman.

The crown prince wants to diversify Saudi Arabia’s economy, and the sovereign wealth fund has been investing in technology companies like Uber and Tesla as a way of doing so. A planned stock sale by Aramco was expected to raise money for that purpose, but it was postponed last year.

The sale of a stake in Saudi Basic Industries, the petrochemical company, appears to be an alternative way to raise the funds.
report post quote code quick quote reply
+1 -0Informative x 1
back to top
Actions are judged by intentions, so each man will have what he intended.
ابو محمد
View Profile Block User 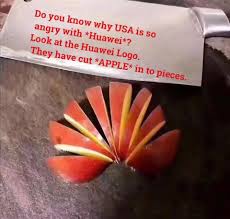 Now we will even have Mobile Phone User Lane :(

This is up and running (Or shoud I say Up and Walking) in Manchester already. (well at least for one day)

The company on Wednesday said it has achieved "quantum supremacy," meaning getting a quantum computer to perform a task that a classical computer cannot, The New York Times reports.

Specifically, Google says its researchers' quantum computer performed a calculation in just over three minutes that would take the fastest supercomputer in the world around 10,000 years. The milestone, detailed in a Nature article, is one that the Times points out scientists have been working toward since the 1980s and that University of Texas at Austin computer scientist Scott Aaronson compared to the Wright brothers' first flight.

Google CEO Sundar Pichai in a blog post explained that "we're now one step closer to applying quantum computing to — for example — design more efficient batteries, create fertilizer using less energy, and figure out what molecules might make effective medicines." He also described this as "the 'hello world' moment we've been waiting for — the most meaningful milestone to date in the quest to make quantum computing a reality."

This announcement was seemingly made prematurely last month when a paper featuring the claim briefly appeared online, but it's now official from Google. In anticipation of the unveiling Wednesday, though, IBM disputed Google's claim in a blog post, arguing that actually, "the same task can be performed on a classical system in 2.5 days and with far greater fidelity."

Even if Google's claim is correct, Engadget notes the "feat has almost no practical use" right now and "was designed simply to show that a quantum computer could perform as expected." Pinchai acknowledged that in his blog post by saying that "we have a long way to go between today's lab experiments and tomorrow's practical applications." But as he explained in an interview with Technology Review, "if in any field you have a breakthrough, you start somewhere."

Brendan Morrow
report post quote code quick quote reply
No post ratings
back to top
Actions are judged by intentions, so each man will have what he intended.
ابو محمد
View Profile Block User 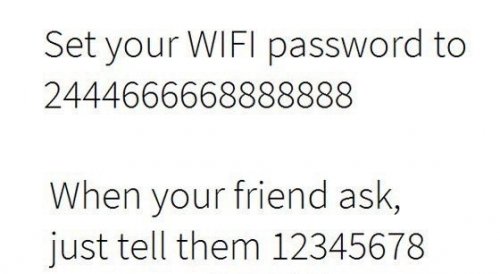 Source
report post quote code quick quote reply
No post ratings
back to top
Actions are judged by intentions, so each man will have what he intended.
ابو محمد
View Profile Block User 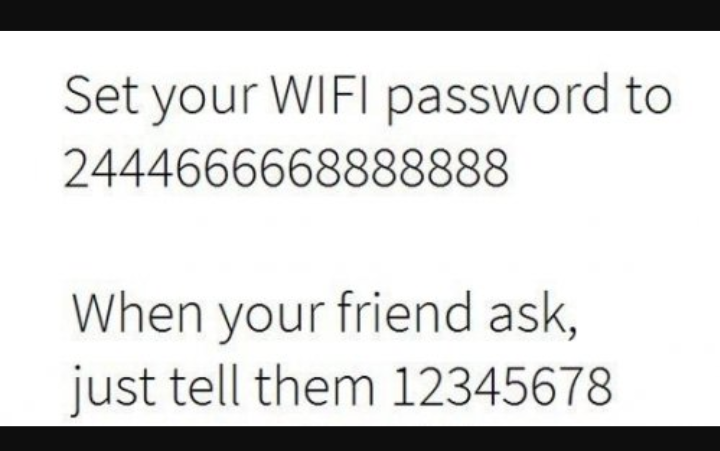 Downloads: 21
[186.79 kB]
report post quote code quick quote reply
+3 -0Like x 3
back to top
Actions are judged by intentions, so each man will have what he intended.
ابو محمد
View Profile Block User

#1842 [Permalink] Posted on 16th January 2020 20:02
twitter.com/realDonaldTrump/status/1217228960964038658?s=20
Donald Trump wrote:
We are helping Apple all of the time on TRADE and so many other issues, and yet they refuse to unlock phones used by killers, drug dealers and other violent criminal elements. They will have to step up to the plate and help our great Country, NOW! MAKE AMERICA GREAT AGAIN.
report post quote code quick quote reply
+1 -0Informative x 1
back to top
Actions are judged by intentions, so each man will have what he intended.
ابو محمد
View Profile Block User

I'm looking to get a budget laptop. The current laptops have grown to be slow and the ram cannot be expanded.

What are your thoughts?

I've read arguments for both sides but many are saying not to go for the optane, stick with the fixed RAM
report post quote code quick quote reply
No post ratings
back to top
Actions are judged by intentions, so each man will have what he intended.
ابو محمد
View Profile Block User

#1844 [Permalink] Posted on 28th January 2020 20:12
abu mohammed wrote:
View original post
More RAM is the best answer (on a basic level) for computers.
I've never used Optane, so I really can't say if it works as well as it is advertised.
Based on that I would stick with more RAM.

#1845 [Permalink] Posted on 29th January 2020 10:43
Optane is not Ram, from my feable understanding of PC tech, which admittedly is a bit outdated, Optane memory works similar to the way Cache does on a processor. Go for higher RAM and add one more stick of 8GB in later, even though 8GB for day to day stuff is more than enough.