You have contributed 3.2% of this topic

#256 [Permalink] Posted on 6th June 2015 19:42
The app I've been waiting for to come into android. (After disabling the constellation and muting the music)

Take a look at "SkyView® Free"

Sent from my HTC
report post quote code quick quote reply
+1 -0Like x 1
back to top
Actions are judged by intentions, so each man will have what he intended.
ابو محمد
View Profile

13 line Quran with a few options using the volume button. However, don't depend on it to remember your last page without using the bookmarks because for some reason it goes back to the beginning after not being used for a period of time.

Downloads: 111
[913.25 kB]
report post quote code quick quote reply
+2 -0Like x 1Winner x 1
back to top
Actions are judged by intentions, so each man will have what he intended.
ابو محمد
View Profile

Here is an example of the above app....this shows us at what angle the sun is at during the controversial suhoor times.

See the angle and time of where the sun is....great app, great fun at the same time.

The screenshots are for today, compared to the timetable. Please note, it is very difficult to get a steady accurate image.

Downloads: 132
[113.06 kB]
report post quote code quick quote reply
+2 -0Winner x 1Informative x 1
back to top
Actions are judged by intentions, so each man will have what he intended.
ابو محمد
View Profile

ٱلحَمدُلِلَّه
The first app I have seen to have (Uthmani script, Maariful Qur'an (English) translation, and one of my favorite Qari (Al-Efasy sahab); all for free!)
report post quote code quick quote reply
+2 -0Like x 1Informative x 1
back to top
Request Your Sincere and Whole hearted dua in my favour.

#260 [Permalink] Posted on 19th May 2016 22:43
Finally found an app identical to the iPhone version (probably the same people but the design is slightly different, apple version still better)

13 line Quran with a proper book mark direct on the page.

(Untested, unchecked, causes a few issues on first use, hopefully that will get sorted) Update: Fully tested and fully read. Works very well Alhumdulillah.
report post quote code quick quote reply
No post ratings
back to top
Actions are judged by intentions, so each man will have what he intended.
ابو محمد
View Profile

Monday 15 August 2016 JEDDAH: Every year a number of pilgrims face problems in locating their tents and places of accommodation in Makkah, and at the holy sites of Mina and Arafat. To solve this problem, the Pakistan Haj Volunteer Group (PHVG) and the India Fraternity Forum developed a navigation app which will work from Dul Haj 7, when authorities start numbering the tents. Waseem Bukhari, media spokesperson from PHVG, told Arab News that they are going to use this Mina tent location app, which Muhammad Shahid Farooq, a PHVG volunteer, developed to assist pilgrims of every nationality while they stay in Mina. He said majority of the pilgrims who come to perform Haj are elderly and feeble. Most of the pilgrims lose track of their groups and spend several hours searching for their tent. Communication becomes difficult when they don’t know the language, and identical tents make it even more difficult for them to reach their camps or destination. He explained that with the help of technology such problems can be easily solved, and understanding the importance of this issue, PHVG launched its mobile application called “Mina Locator,” which is a very useful app for pilgrims. He said the PHVG field staff, with this app, could easily identify the route to different camps (Maktabs), train stations, mosques, hospitals, PHVG posts and other important locations in Mina with the reference of their current location using an Android smartphone. If pilgrims need further assistance like a wheel chair or in-person guidance, they can navigate to the nearest PHVG volunteer location in Mina. “We will have all the building locations by this coming Friday, and as soon as the Haj mission offices are allocated and tents are given numbers, we will update our apps. We are working in close coordination with the Pakistan Haj mission and the Punjab IT board,” he said. He also explained that this year their target is to coordinate with all South Asian Hujaj Maktabs, pilgrims’ foundations and establishments as they already have some links and awareness about South Asian Maktabs and foundations. He requested Saudi authorities, or any relevant organization, to provide PHVG with the database of GPS coordinates for camps of all local and foreign pilgrims for the current year (2016) and in the future. He said in the coming year they are planning to launch a compatible version for iPhone users. India Fraternity Forum, Saudi Arabia is also introducing a Mina tent locator this year for pilgrims to navigate easily to their tents without an Internet connection through smartphones. http://www.arabnews.com/node/970076/saudi-arabia# Quran 13 Line is an intuitive Quran app that enables you to read in the classic 13 Line script with interactive audio and translation features. The 13 Line Quran is used by millions of sub-continent muslims across India, Pakistan, South Africa, UK, USA and around the world. Simply tap and hold on any ayah to play the recitation, memorize, bookmark or view the translation.

Some of the key features include:

This application has been verified by our team thoroughly. Some of the verification team members include:

Please email us on support@qamarapps.com if you find any mistakes so we can rectify them.

We have used the public information from the following sources for collecting audio files, translation packs, surah naming, etc.

- Tanzil.net
- Quranexplorer.com
- Qurandatabase.org
- Everyayah.com
- Quran.com
report post quote code quick quote reply
No post ratings
back to top
Actions are judged by intentions, so each man will have what he intended.
ابو محمد
View Profile

#263 [Permalink] Posted on 10th November 2016 14:24
Parayer time App.
Similar to Prayer time pro, but has adds :( Only reason I installed it was to test as I use the desktop version on the computer and gives more precise timings according to my local mosque (Even though I have my local mosque on another app, this one can give me a notification like prayer time pro) Stay on top of your prayers during Hajj with Athan. You can log your prayers in the PrayerBook in a fun and easy way to track your prayer schedule during Hajj and explore holy places with the help of the Mosque finder tool.
The comprehensive Athan app contains useful tools like PrayerBook to help users in tracking their prayer performance, Mosque Finder to find nearest mosques, Qibla indicator to find accurate qibla direction and Calendar to track Islamic events.

Mosque and Qibla Finder:
- Enables you to find nearby Mosques, organizations, schools and businesses, along with their contact information and directions
- Integrated Qibla direction for thousands of cities worldwide

Calendar:
- Notifies you of all upcoming Islamic events (includes both Hijri and Gregorian dates)
- All new Hijri-Gregorian date converter

PrayerBook:
- Build your very own personalized Athan profile: add your closest friends and family to the Athan network
- Know your prayer progress with the help of detailed graphs and timelines
- Track prayers by logging them in your own personalized PrayerBook
report post quote code quick quote reply
No post ratings
back to top
Actions are judged by intentions, so each man will have what he intended.
ابو محمد
View Profile This application does not need internet connection to determine your location. Prophetic Medicine (Tibb-e-Nabawi / Tibb An Nabawi / Islamic Medicine or Prophet's Medicine) is the divine medicine that was Gifted by Allah to Prophet Muhammad Salallaho Alaihe Wasallam by WAHEE (revelation). It is the true healing for both the doctor & patient, for the sick & healthy.

There are many books written on Tibb-e-Nabawi, but Ibn Al Qayyam Al Jauziah's book is the most comprehensive, Ibn Al Qayyam was a miracle of Allah’s creations, he lived for 60 years, but had an experience of 1,000 years, precision and perfection of his knowledge on ISLAM & Medicine is reflected in his book on Tibb-e-Nabawi, & we have understood that he has presented the “Diagnosis & Prescription” with curing the heart & soul primarily; prior to treat the physical ailment.

This app has categorized the principle of Prophet(SAW) medication in to 5 concepts
which are the true principals of SHIFA / Healing which cure both the heart (soul) & body :

1. Healing by Belief (Yaqeen) that Allah Has Sent the disease & Allah is the HEALER, & if the healing is delayed, it is by Allah’s Wisdom & Hikmah

3. Healing by the foods of Prophet Muhammad Sallallaho Alaihe Wasallam

4. Healing by the herbs of Prophet Muhammad Sallallaho Alaihe Wasallam

5. Healing by HIJAMAH; which is Sunnah & the best kind of treatment in this world.
report post quote code quick quote reply
+2 -0Like x 2
back to top
Actions are judged by intentions, so each man will have what he intended.
ابو محمد
View Profile

Haramain info. Recommended for use over Wi-Fi..
report post quote code quick quote reply
No post ratings
back to top
Actions are judged by intentions, so each man will have what he intended.
ابو محمد
View Profile

(Untested, Unused but downloaded - Certified by Sunni and Shia etc etc according to the creator of the app 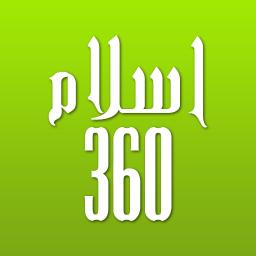 Now you can read and search Holy Quran on your mobile. This app has following amazing features: 
It is also approved by some scholars and institutes of Pakistan.