#256 [Permalink] Posted on 22nd January 2019 09:41
Quote:
As per the Hadith:
“The people will not cease to be upon good as long as they take knowledge from their elders, their trusted and their scholars. If they (begin) taking knowledge from their sighaar and evil ones, then they are destroyed”


Yes I know it. I read his signature some years ago. However, I was making another point. My previous post should clarify what I meant. Asalam o Alaikum Wa Rahmatullah Wabarakatuhu.
report post quote code quick quote reply
No post ratings
back to top
The world does not forgive the weak.

Please see thread here also for clarity www.muftisays.com/forums/76-the-true-salaf-as-saliheen/94...
report post quote code quick quote reply
No post ratings
back to top
Actions are judged by intentions, so each man will have what he intended.
ابو محمد
View Profile 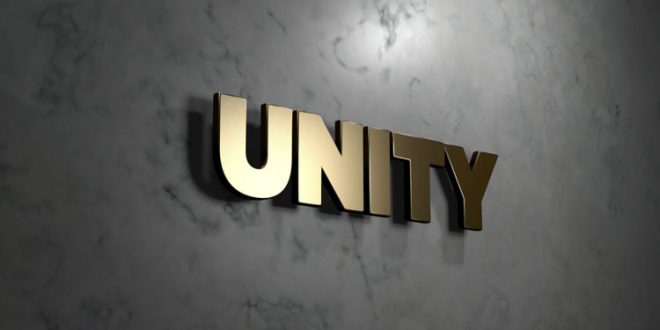 The Brotherhood of Islam

Muhaddithul ‘Asr, ‘Allamah Muhammad Yusuf Al Binnory (rahimahullah) wrote an inspiring article on the topic of brotherhood in Islam. Hereunder is a summarized English translation of that article which was written in Urdu.

May Allah Ta’ala inspire us to follow these heart-rendering advices.

‘Islam has connected all Muslims together in one united relationship. In Islam, there is no distinguishing between Arab and non-Arab, Westerner and Easterner, White and Black. All Muslims are brothers.

The evil has crept in from nationalism, sectionalism, racism and geographical boundaries. Despite fancy slogans of Islamic brotherhood, the entire Muslim Ummah has been left reduced to many small factions. Today the biggest fitnah of the Muslim Ummah is patriotism, nationalism and racism. Due to this the Muslim world is the target of conflict, destruction, differences, vilifying and disunity. Our own country (Pakistan) is the target of this evil type of bigotry.

It is necessary to re-start [this effort of unifying the ummah] and to take resolutions to revive Islam, to consider the rights of our Muslim brothers and strengthen again the relationship of unity that has become weak.

[After citing eleven Hadiths on the topic of Unity, ‘Allamah Binnory -rahimahullah- writes:]

These are the pearls of Nubuwwat, which cannot be matched by any other creed. How foolish would it be for us not to abide by these priceless teachings of Islam.’

Once again, it is always wise to gain understanding of something BEFORE objecting to the issue.

The matter which is being articulated by (Mufti) Rafi Usmani (HA) is that “Deobandi” is not a separate and/or distinct sect/cult/group/Jamaat in Islam.

All objections in this thread primarily pertain to 1,2 & 3 which Mufti Rafi Usmani (HA) never says!

Does he also mean to say that we can follow someone not associated with the deoband? Like someone from al azhar or grand mufti of turkey or any renowned scholar to Malaysia?
report post quote code quick quote reply
No post ratings
back to top
ibnAbrar
View Profile

That is not his topic. His topic is sectarianism.

He is merely saying that as someone born in Deoband with family from Deoband (generationally) and his father being the graduate from Darul-uloom Deoband it is DISLIKED to call oneself “Deobandi” because “Deoband” is a continuation of Alhlus-Sunnah Wal-Jamaat and has no new Aqeedah/Fiqh/Ijtehaad to be coined as a new term called “Deobandi”.

His statement is factual.

He is saying the same about other sects as well but for the sake of this forum they need to concentrate on “Deobandi”.

There are 3 reasons why those opposing Mufti Rafi Usmani (HA) are reacting so aggressively:

People are mistaking laymen parlance for Academic authority. The issue is so simple once hate, poison and emotion can be said aside, like this

Muadh Khan: I am a Muslim?

Person 1: Everybody is a Muslim which group or sect do you follow?

Muadh Khan: I follow the Hanafi Madhab and the Ulama  of Deoband

But setting aside or casting bias, poison, hatred, and emotion is the hardest thing to do for any person. Because it shakes their core and their foundation, only few can rise above these emotions and actually objectively look at an argument.

In this case, people know that this is an identity from 1866 from a town in India but they are wearing it with a sense of pride knowing fully well that it is neither classical nor orthodox or normative.

Interestingly, it seems that the barelwis (followers of the ideology of raza khan bareilly) are trying to distance themselves from the barelwi label and are applying the label of ahle sunnah wal jamaat to themselves. I recently watched a predebate meeting between asrar rashid and moulana uthman. Asrar rashid seemed insulted when moulana uthman referred to him as a barelwi and corrected him saying I am ahle sunnah wal jamaat.

Lol, even the barelwi have understood the splits, divisions, and sectarianism.

Still though, look at the beauty of his response!

He's telling this Maulana that he is from the same school as him, ASWJ, unless it was an insult to him, then the beauty is no longer there :(

There was no beauty on either side.

The first video was the predebate debate. Subsequent videos are various analysis.

#267 [Permalink] Posted on 23rd January 2019 14:37
We can discuss this deobandi title till cows come home but what do people think of attaching lofty titles before and after ulamas names in deobandi circles. I just think its OTT.

In my opinion it should be restricted to just one of the below:

What gets me is when I address an alim as 'brother' and they get upset and correct me by saying moulana. Especially those who undertake a fast track weekend/evening course to become an alim. What's so offensive about being called brother?

know your place innit. worse are those hazrat worshippers if they hear someone call their hazrat brother or uncle its as if they have blasphemed. remember a student of shaykh saleem dorat came to my masjid to give khutabah talk. even sentence he mentioned his shaykh with about 10 titles before and after his name every time.
report post quote code quick quote reply
+4 -0Like x 2Informative x 1Creative x 1
back to top
mkdon101