Showing off in dunia?

JazakAllah khair sister for your all help.... you are tooo nice 💐💐💐💐💐
Thaaaank you so much!


Brother can u tell me plz how do we know if one is inflicted with evil eye?

If a person get sick after sending or posting their pics on same day. Does that mean its Evil eye?

It's possible even if done unintentionally!
report post quote code quick quote reply
+0 -0Agree x 1
back to top
Actions are judged by intentions, so each man will have what he intended.
ابو محمد
View Profile Block User

I tried to keep it as short an simple as possible.

InshaAllah, the below will give a detailed understanding:

Praise be to Allaah.

the “evil eye” is real, as the Prophet (peace and blessings of Allaah be upon him) said: “The evil eye is real, and if anything were to overtake the divine decree (al-qadar) it would be the evil eye.”

the evil eye usually comes from people who are jealous or envious (hasad).

It begins when the person likes something, then his evil soul dwells on the matter, and by continually looking at the person who has the thing of which he feels jealous, he directs his venom towards him. A person may put the evil eye on himself, or he may put the evil eye on someone else without intending to, because it is is a part of his nature. This is the worst type of human being.

Quote:
It was reported from Abu Umaamah ibn Sahl ibn Hunayf that his father told him that the Messenger of Allaah (peace and blessings of Allaah be upon him) went out and they travelled with him towards Makkah until they reached Shi’b al-Khazzaar in al-Juhfah.

Sahl ibn Hunayf washed himself, and he was a white man with a handsome body and skin. ‘Aamir ibn Rabee’ah, the brother of Bani ‘Udayy ibn Ka’b, looked at him when he was washing, and said, “I have never seen anything like this, not even the skin of a virgin in seclusion!” (this was a metaphor for the intense whiteness of his skin).

Then Sahl suffered a seizure (an epileptic fit, in which he fell to the ground). He was brought to the Messenger of Allaah (peace and blessings of Allaah be upon him) and it was said, “O Messenger of Allaah, do you know what has happened to Sahl? By Allaah, he cannot raise his head and he will not wake up.” He said, “Do you accuse anyone with regard to him?” They said, “‘Aamir ibn Rabee’ah looked at him.” So the Messenger of Allaah (peace and blessings of Allaah be upon him) called ‘Aamir and spoke angrily with him, saying, “Would any of you like to kill his brother? If you see something that you like, why do you not pray for blessing for it?” Then he said to him (‘Aamir), “Do ghusl for him.” So he washed his face, hands, elbows, the soles of his feet and inside his izaar (lower garment) from a vessel, then that water was poured over him (Sahl) – a man poured it over his head and back from behind, tilting the vessel.
This was done to him, then Sahl went on with the people and there was nothing wrong with him.

(Al-Musnad, 3/486. Al-Haythami said: the men of Ahmad are the men of saheeh. Al-Majma’, 5/107).
report post quote code quick quote reply
+3 -0Like x 2Winner x 1
back to top
Actions are judged by intentions, so each man will have what he intended.
ابو محمد
View Profile Block User


JazakAllah khair brother i know you want to convey message in less words but that is for a person who is already clear with different things. I am already confused and that leaves me more confused. Thats why I requested you to explain me clearly. Thank you so much for explaining me. I got it now.

Other question is that.

If a person is aware of a Friend and aunty who keeps on comparing them with you for Nothing.... is it ok if you keep distance with them and push them away when they whatsapp you with intentions of chitchat etc ? As then they ask u pics and things.. plus it wastes time too. I could make that time productive. Or it will be considered as sin?

P.s. i feel I have already bothered you all alot. InshaAllah when i feel like i am ok now inshaAllah i will not be asking here-too less if not much.
report post quote code quick quote reply
No post ratings
back to top
Muslimah S
View Profile Block User

Don't be silly! Give us the chance to earn rewards by helping each other.
Muslimah S wrote:
View original post

No one would recommend keeping your distance and breaking relationships. Instead, try to talk to them and give them Dawah and Nasiha. Use quotes from Hadith or people you listen to NAK or Mufti Menk etc

Put these quotes on your profiles to remind yourself first and then others of the dangers of such sins. 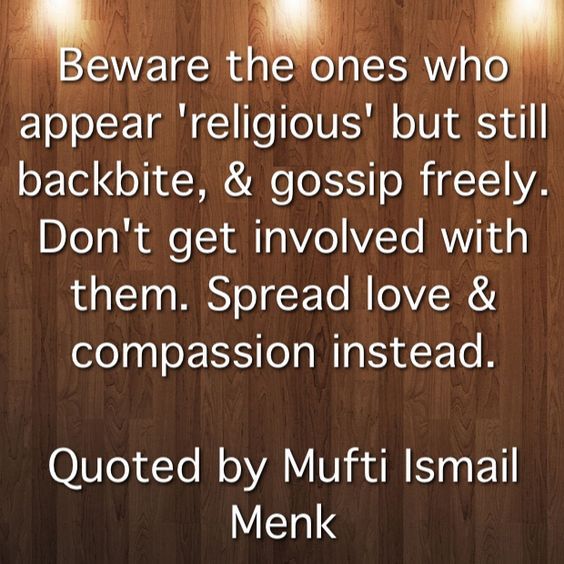 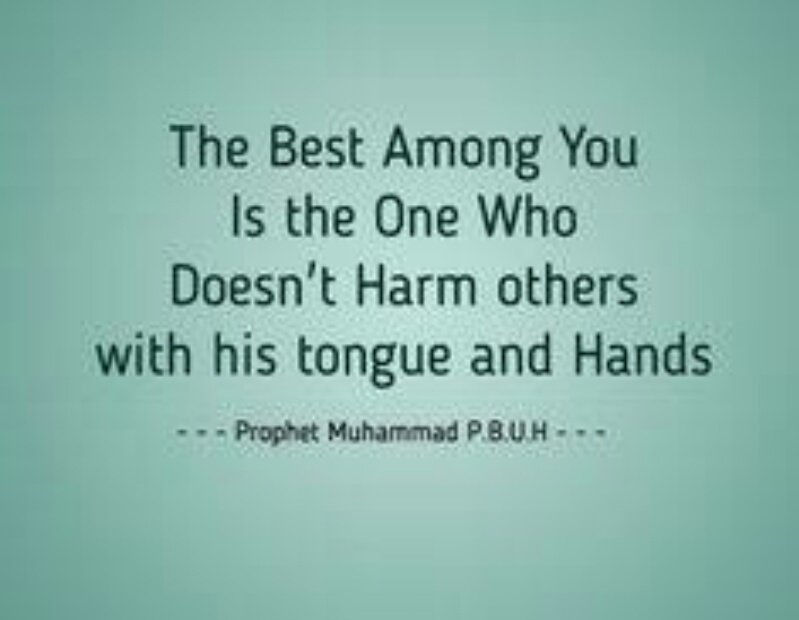 Do a google image search for quotes on particular topics.

I did a thread on images for a similar reason of educating myself and others :)
report post quote code quick quote reply
No post ratings
back to top
Actions are judged by intentions, so each man will have what he intended.
ابو محمد
View Profile Block User

You are not bothering anyone at all. In fact your questions are helpful for me as well because when answering your questions I usually get clarity on some of the issues myself and in this thread also, I remembered some of the ahadith I had forgotten long ago. So I should be grateful to you instead.

Now coming to your question, I think sila rahmi does not mean that you keep in touch with them all the time on whatsapp and there's nothing wrong if you don't want to chat with them and want to make your time useful. Especially it is not a good idea to share your pictures with them since you've also mentioned that they compare themselves with you so they may get jealous. Just my thoughts, others can disagree.
report post quote code quick quote reply
+2 -0Like x 2Winner x 1
back to top
bint e aisha
View Profile Block User

I've heard that a mother can also give evil eye to her child, so how can a mother get jealous of her own child?
report post quote code quick quote reply
No post ratings
back to top
bint e aisha
View Profile Block User

(Missing the Praise of Allah)
report post quote code quick quote reply
+2 -0Like x 2
back to top
Actions are judged by intentions, so each man will have what he intended.
ابو محمد
View Profile Block User

Someone asked before how Evil Eye works and no one was able to provide an answer.

I recall giving an explanation on how I understood it from a lecture and the gist of this was that when something is liked/praised without the rememberence of Allah, Shaitan then pounces upon the person and starts to attack it - very simple in my opinion. So we need to train ourselves and each other to always praise Allah on every matter
report post quote code quick quote reply
+0 -0Agree x 1
back to top
Actions are judged by intentions, so each man will have what he intended.
ابو محمد
View Profile Block User

I believe Mufti Junaid mentions in one of his bayaans about this that the evil eye is inflicted when humans praise each other, that is, the Shaitan and Jinn do not like it at all that a human has been praised and they use their "dark knowledge" to inflict some disease or some condition upon that person. That is why Allah's name should always be invoked when praising someone.

It looks like the ‘evil eye’ depends upon the intensity of thought and the concentration abilities of the one who is casting the evil eye (intentionally or unintentionally). Some people have got this ability naturally while others don’t possess such abilities.

When such people like or dislike something, it affects others.

There might be many people jealous of you, but only few of them will cause you evil eye,as is quoted above in the thread :”Everyone who gives evil eye is jealous, but not everyone who is jealous gives you evil eye”...

The reason is the difference in the ‘mind power and concentration abilities’ between the two.Even the person who gives you evil eye may not be aware of his mental capabilities...

Please note, jealousy is not the only reason for the ‘evil eye’. Sometimes even ‘intense liking’ casts bad effects on others

It also answers the question of a mother giving evil eye to her baby, the reason here is the intense love of a mother for her child, when she likes something in her child, she momentarily gets mentally and emotionally absorbed into her child, forgetting everything else, out of sheer love, and as it is the concentrated beam of thought which does the trick, she affects her child without realising it.

When we say ‘ماشاء الله’ at that moment, the barakah of the blessed name becomes a shield for the would be affected person, and no harm is done.

Post New Topic
You are here: Forum Index » Sharing & Voicing  » People's SayShowing off in dunia?
###
Award Rep
Award reps to ... for this post